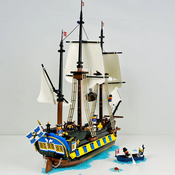 Welcome to the Imperial Naval Fortress! This small outpost gallantly defends the Caribbean Sea from fearsome pirates!
Travel inside and you will find two tables, a small bedroom and a dungeon for captured pirates and scaly wags. Head upstairs and discover a neat wooden deck for firing the cannons, and a tower housing the admiral’s desk! Keep climbing and you will reach the watchtower, containing a crane and the royal flag. The Imperial Navy Fortress has features a lever that trigger an “explosion” when flipped! The model includes six minifigures, the admiral, three soldiers, a historically accurate sailor, and a pirate captain! It is also compatible with existing lego ships!
When I was younger my parents bought me Loot Island (set 6241).  It quickly became my favorite set!  But to me, the best part was the small boat and the redcoat soldier whom I named “Bob.”  (I know not the most creative name!) You will see that both the boat and Bob, though slightly updated, are featured in this set! I built this fort as a tribute to the adventures Bob and I went on all those years ago. 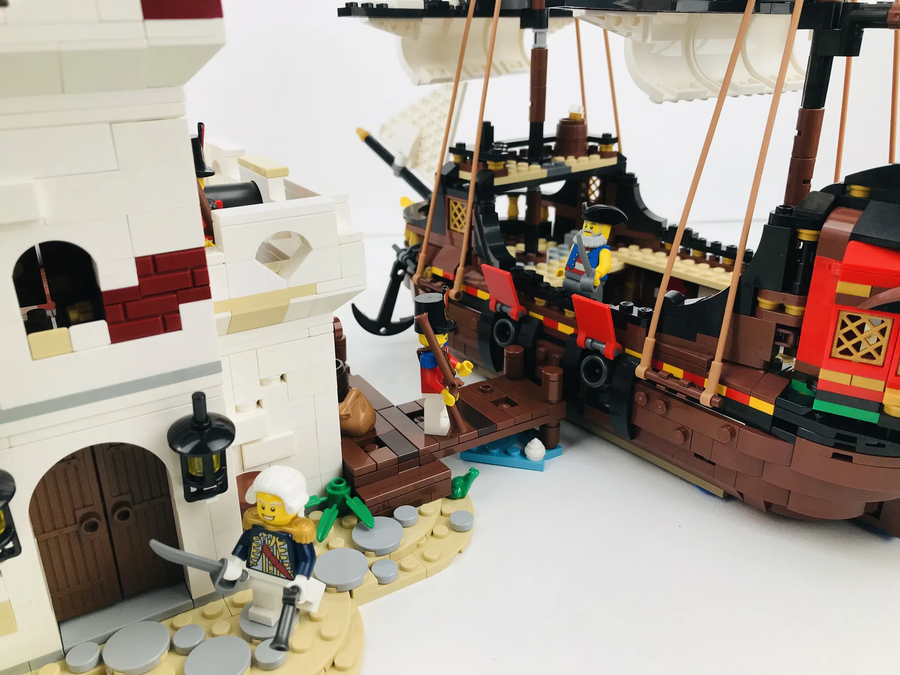 This model would make a great LEGO set because with the release of Barracuda Bay and the Creator Pirate Ship, LEGO fans have been itching for a imperial fort to combat them! Just look at the past LEGO review, three models based on the imperial army (The Fortress, Caribbean Clipper, and Seagull Bay) reached 10k shortly after Barracuda Bay was released!
Thank you for reading and remember to share!
-British Solider Bob 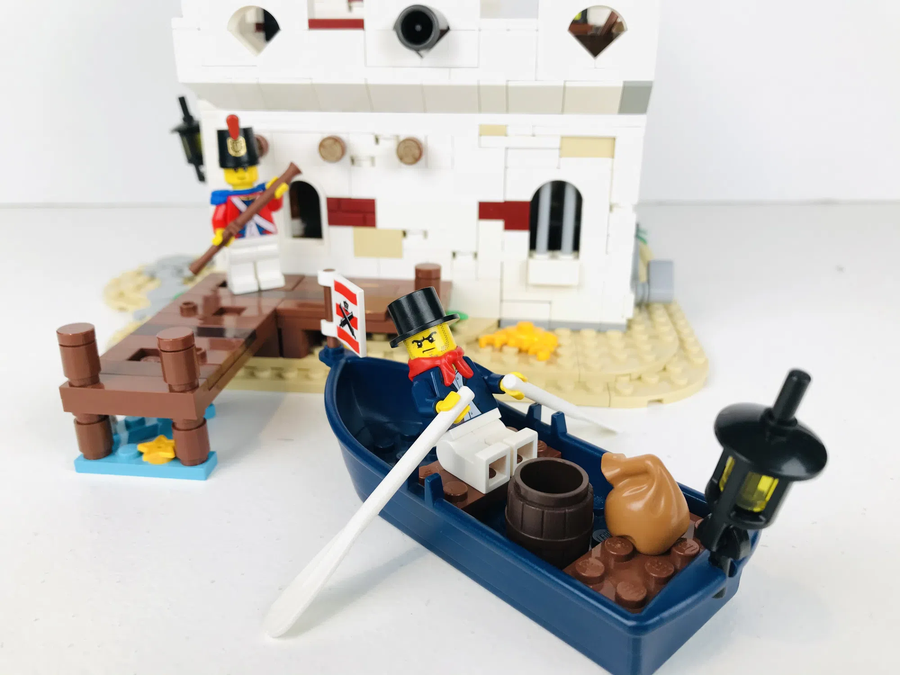 P. S. Check out the “updates” tab for the latest improvements!