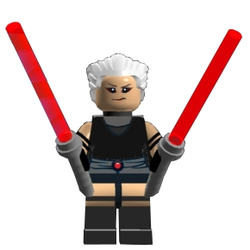 This project depicts a scene from the Clone Wars tv series, specifically the 9th episode of season 5, "A Necessary Bond", where Ahsoka and a group of Younglings team up with Hondo Ohnaka and his pirates to escape from General Grievous. 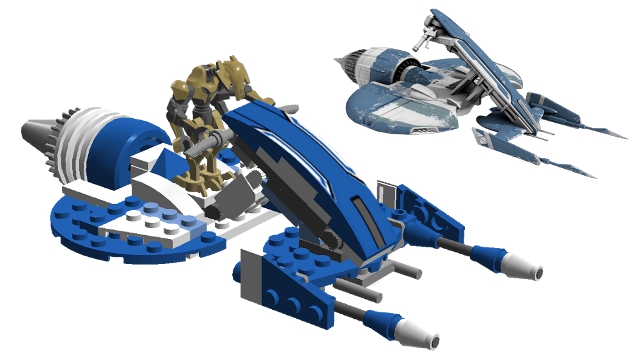 This is Grievous' Combat Speeder. You might say this is the main attraction of this project, since it's the reason I started to build all of this. 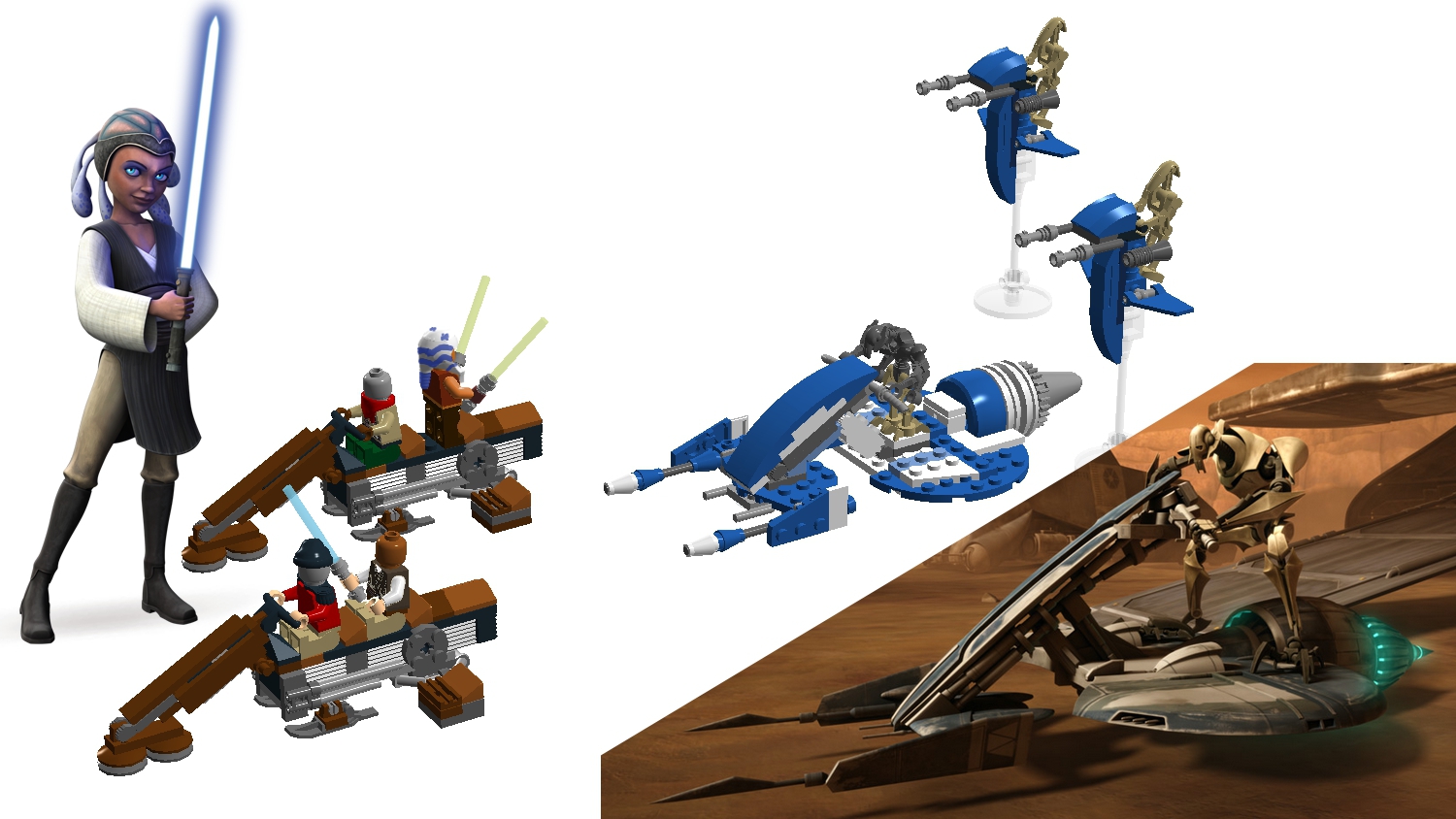 After I was finished with Grievous' Speeder I decided to expand the whole thing to recreate the chase scene from the episode. (There's also a pirate tank involved in the chase, but since that already exists as an official set, I wanted to focus on the speeder bikes. So just imagine it is somewhere in that picture)

The person on the left is one of the Younglings, Katooni. 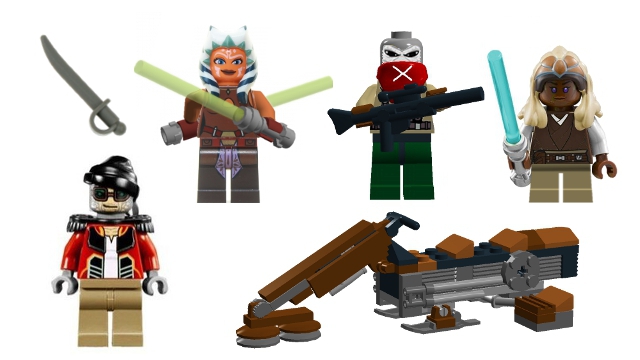 Here's a closer look at the pirate's Starhawk Speeder Bike. I somewhat based it on the one that appears in the Lego Star Wars 3 video game, but I changed almost everything.

The minifigures are:
-Hondo Ohnaka
-Ahsoka
-one of Hondo's Pirates (actually his name is Parsel)
-and said Youngling Katooni 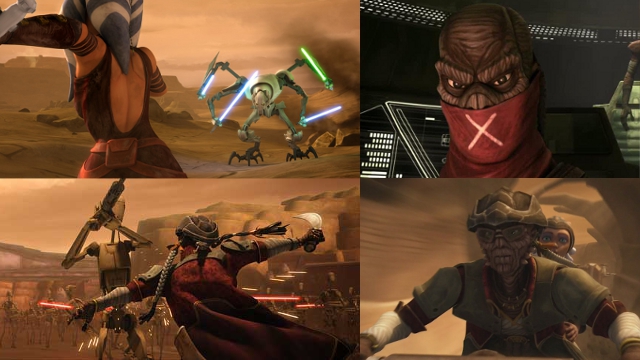 Just a couple of scenes from the episode.