By scottlfa
1 comment
A designed I made a few years back that's literally still in tact. It features a fully rotating torso, fully articulated shoulders, elbow's, hips, knees and ankles. in addition it has a full cockpit for a normal Lego person and is capable of having one put in it easily. The cockpit pivots up and down to allow for the mech to "flattin" out its viewing line while in stance. There are ammunition bays incorporated into the upper torso and decorative elements added to the body.

Origionally made for a "rubber band" game that me, my father and brothers came up with where one shoots the created vehicles with large rubber bands. The model needed to be articulated and had to remain standing up after hits. This models extremely sturdy and for most things its balance holds even when posed.

I have many other designs that are still in a completed and view-able condition. The colors though are because of the lack of a uniform group of legos to work with when this was constructed. 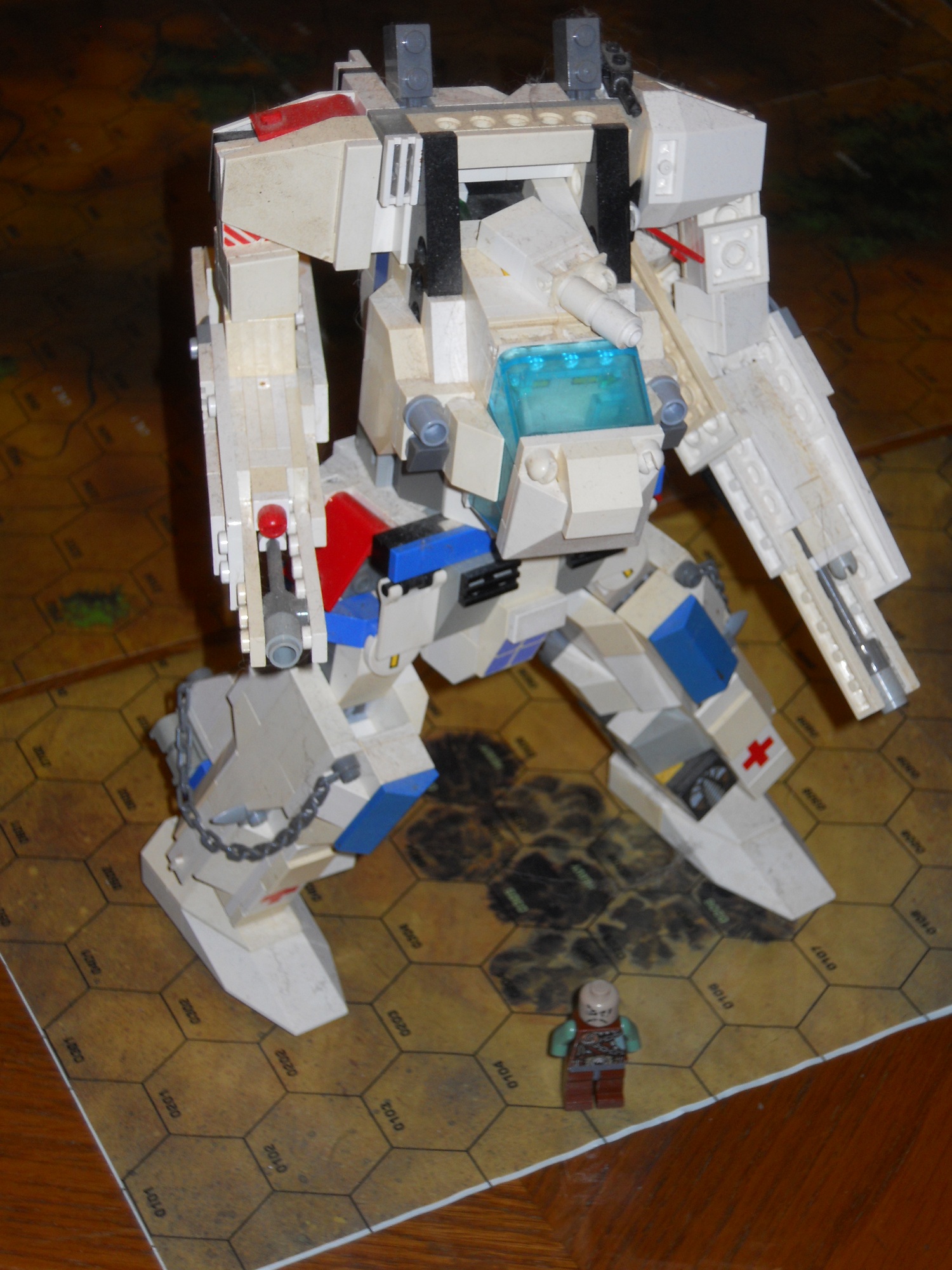 Shots of the hig and ankle features. 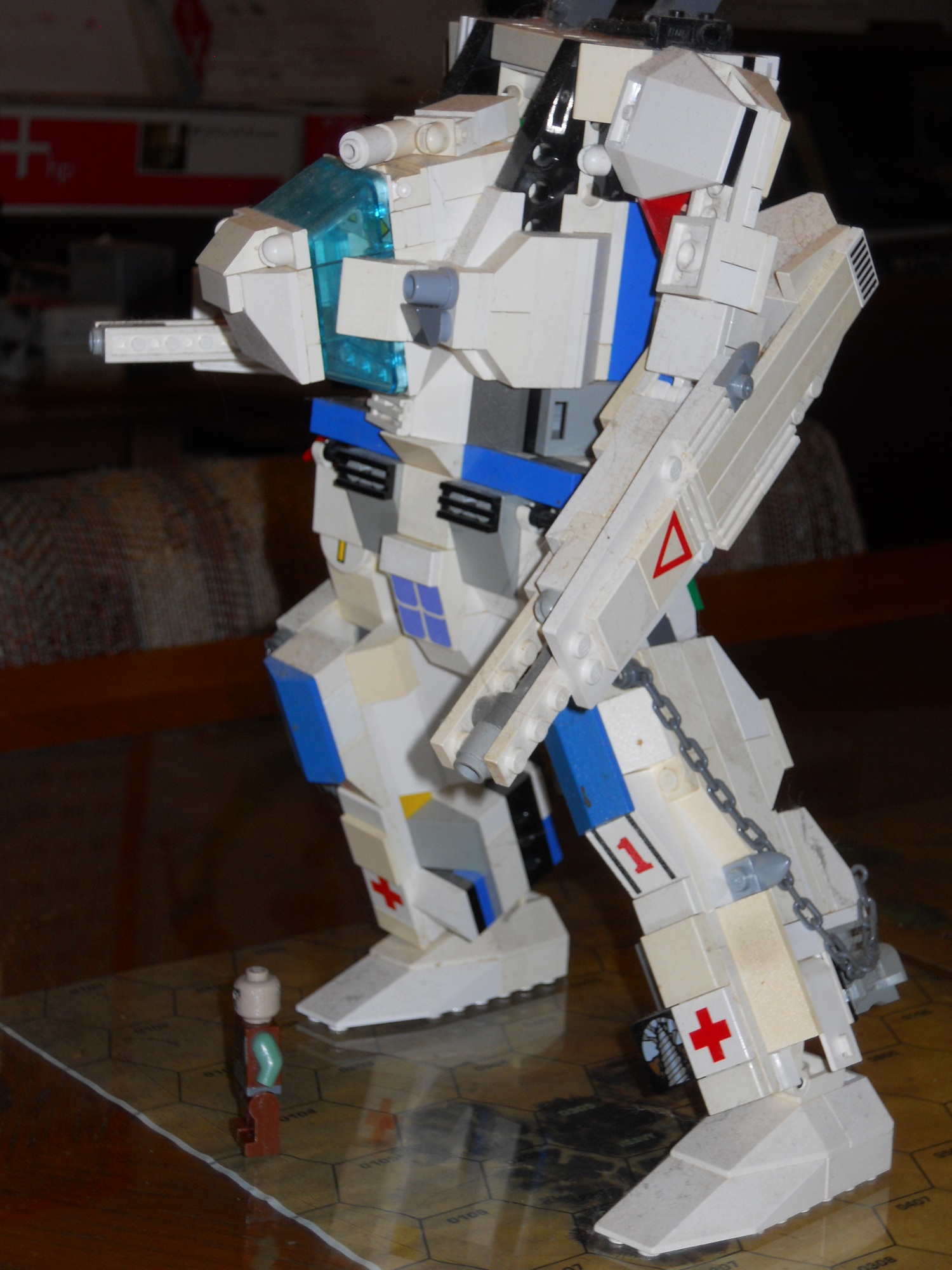 Shots from the side to give an idea of dimensions. 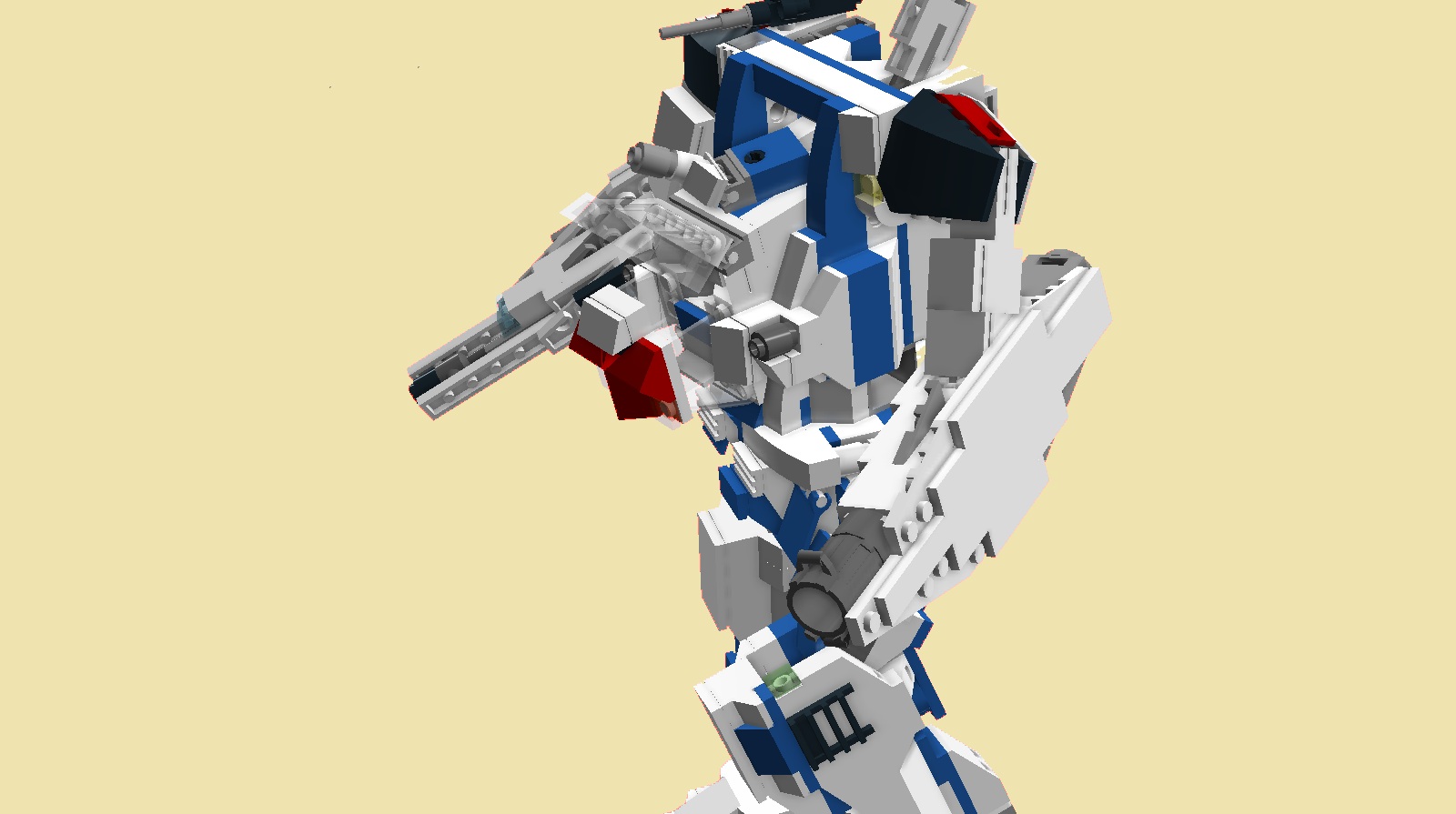 Images from the lego builder, when i found about the builder I figured it was a way to preserve the machine for the future in case its luck ever ran out. 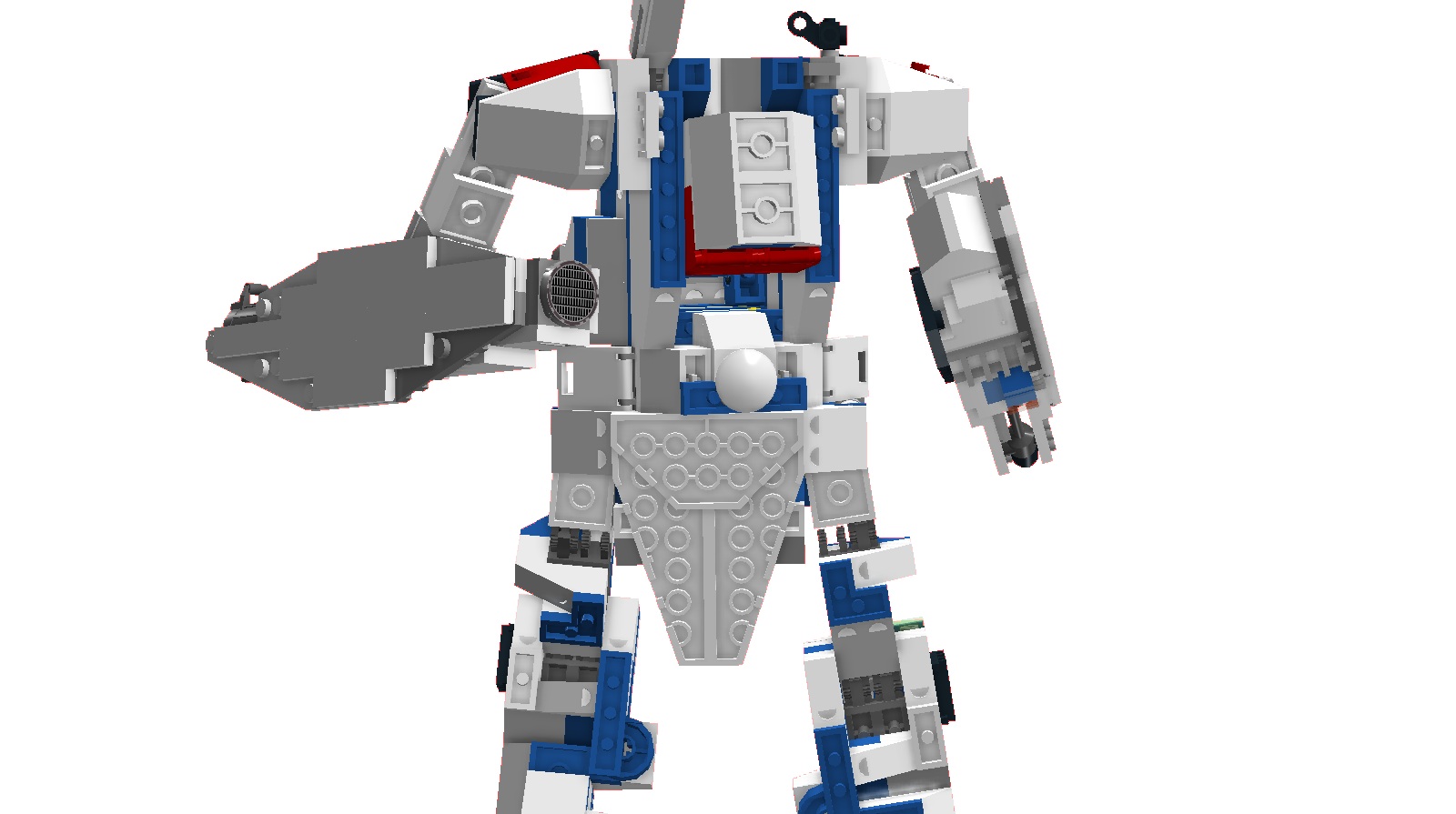 Back shots of the mech in the builder.