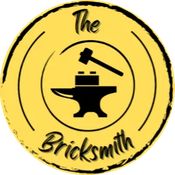 By _The Bricksmith_
45 comments
Know how nice it is, to sit down and stretch your legs on a recliner chair after a long day at work?
Well in this build I have bought that recliner chair and (with some magic!) turned it into lego!! That's right, lego. This large scale build features a traditional recliner chair on legs. So far this is the largest model I have built with a total of 1030 pieces which include technic elements as well as normal plates and stuff...
It is fully functional so that when you pull lever clockwise a mechanism inside the chair moves and the front part pops up and the back part falls back a little. The chair is a dark tan color.
The mechanism (the last 3 images) is color coded so that it is easy to understand. When the lever is pulled clockwise, the gear (green) turns with it. This moves the gear rack (white) forward
which makes all the other white parts moves forward. The orange part is connected to a turnable lever which when moved forward, pulls the bottom of the orange part forward while the top part moves backward on a hinge. At the same time when the white parts move forward, the blue part moves upward on a hinge as another turnable lever moves forward. Over all this, there are plates, tiles and slopes to cover it all up.
It is 17.3cm long (from front to back), 16.6cm wide (from side to side) and 22cm.
There is one custom part I made for this build, the barholder for the levver (which had two slots on each side) now has only one.
This actually took a lot of time and effort to make, so if you like it please support! :D