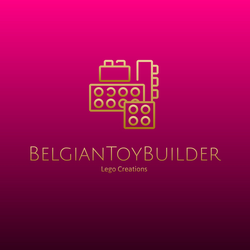 Here we have my next build : The World Cup!
It's a recreation of the real trophy, in the matching colors. It's made strong and solid so it's durable. It's made in 2 parts. First I made the ball, then the support. One of the last steps is fitting the 2 parts together with makes it even more exciting because it only looks finished when you're almost at the end! I used green for the bottom part, just like the real trophy. The regular lego green looks so just like the original!
I am a soccer fan ever since I was a little kid! Supporting the greatest team of my city "KV Mechelen", I go to the stadium every home game. Also International games are a joy to watch. Especially because Belgium is now the #1 country on the Fifa ranking for a long time. The holy grail of soccer tournaments is of course the World Cup. That got me thinking about building the World Cup. I think I didn't do to bad, because it wasn't as easy as I expected it to be. The shape was rather hard to create but I think the result is good.
This is is more like an "architecture" set. It's an Iconic build, one every soccer fan could recognize. It would fit nicely close to the other Lego soccer sets or even the "Old Trafford" set of Manchester United. I think this would be a wonderful build!
I have also made I video of it, spinning around so you can see it even better!
27
266
days left