At the beginning of the eighties I saw the television series Cosmos: A Personal Voyage by Carl Sagan. Cosmos gave birth to my interest in history, space and science. The sixth episode of the series is called "Travellers' Tales" and is focused on voyages of discovery, mainly on the journey that has taken us farther than any: the space travel of Voyager spaceships. That's why one of the first models that I designed and built with LEGO pieces (and one of the most loved by me) is the Voyager spacecraft and this is the last version of my design of the ship.

Voyager is my favorite spacecraft. It is the one that has gone farther. It was the first to leave the solar system and become a real interstellar ship. Voyager 2 visited four planets in its Grand Tour: Jupiter, Saturn, Uranus and Neptune. Besides it is not just an exploration ship, its Golden Record contains a message from humankind, a message addressed to the Universe.

Prior to the launch of the Voyager (in August and September 1977), little was known about the outer Solar System. But in the years that followed, between 1979 and 1989, these spaceships reached Jupiter, Saturn, Uranus and Neptune, they sent a flood of very detailed information about these planets, their moons and rings. This is already a formidable achievement, but the Voyager mission did not end there. They reached the limits of the solar system. Voyager 1 passed the helipausa in 25 August 2012, transforming into the first man-made object to reach interstellar space. 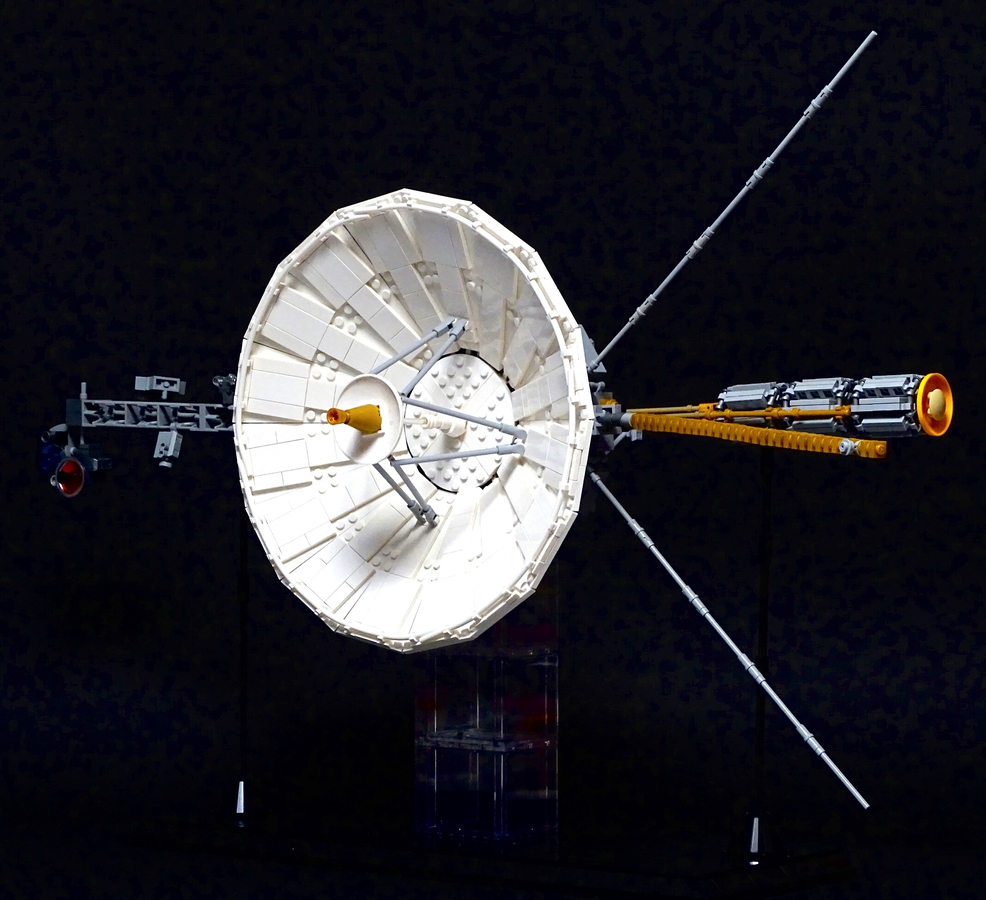 This 1:15 scale model of the Voyager spacecraft is very accurate and you can see numerous details of their communications systems, sensors and power generators. 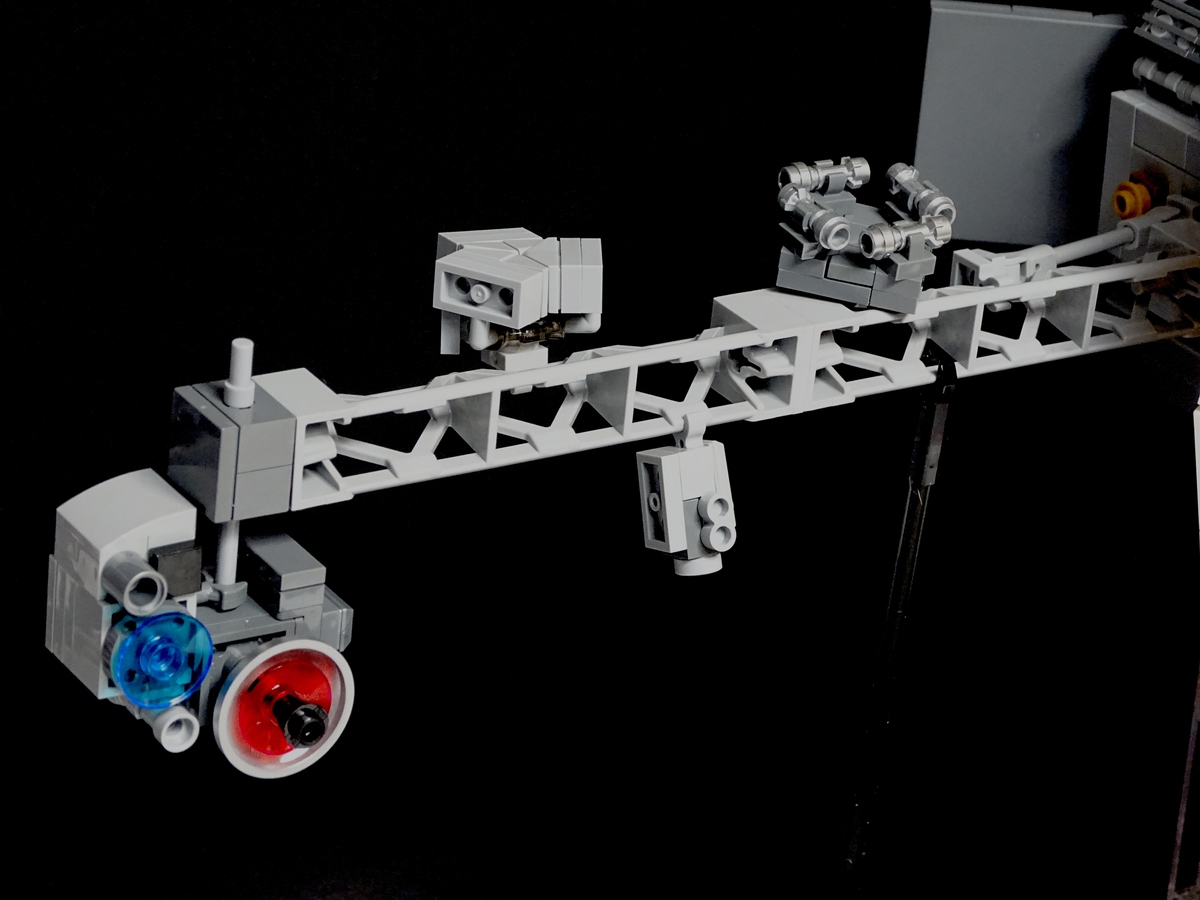 The golden record, deserves special mention. It is a 12-inch gold-plate cooper phonograph record, containing some sounds and images of our planet, the instructions to play the record, and the location of our solar system. This album is aimed to the intelligent beings that the Voyager can find in its path in the future. Therefore, the Voyager is not only a space probe but a time capsule, a message of humankind thrown into deep space, into the future, into the unknown. 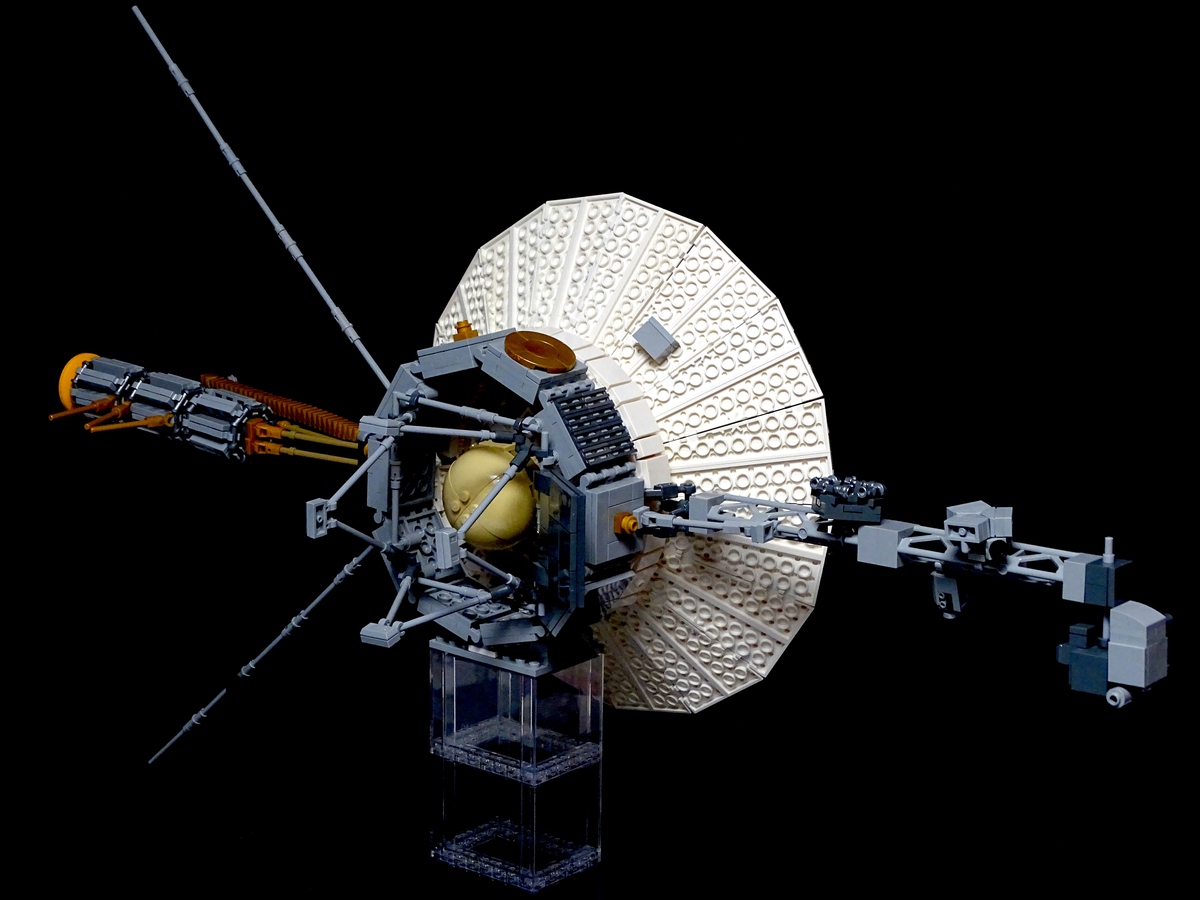 Jimmy Carter (President of the United States of America when the Voyagers were launched) said about the Golden Record of the Voyager: "This is a present from a small distant world, a token of our sounds, our science, our images, our music, our thoughts and our feelings" (and his words were also recorded in the actual disc).

You can find high resolution pictures of the model and additional photos in my flickr album:

The pictures of the LEGO model of the Voyager were taken with a SONY HX400V camera.

I have also included a stand for display of the ship Voyager. The project uses about 1,200 bricks in total.

I am convinced that this project has a high historical and educational value and I hope you like it and support it.

This project could become an official Lego set if it gathers 10,000 votes. Voting is easy, free and without any obligation, you just have to press the blue button "Support". If you do not have an account on LEGO Ideas, you must register, you will receive an email to activate your account and then you can already vote.

You might want to take a look at these other two projects on space exploration: