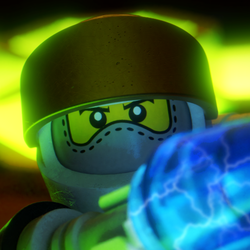 MacGyver's truck is a 1942 Chevrolet pickup truck.  His grandfather Harry gave it to him, and It first appears in the episode, "The Black Corsage" which was originally aired in October 1989.

This is a resubmission of my original MacGyver's Truck project.  Thanks to a suggestion by ootkaman, I have added a road scene with several wildflowers, evergreen trees, a black bear, and plants from British Columbia (being as that's where the show was filmed when he had the truck).  The whole set consists of 780 pieces: the MacGyver minifigure-4, the truck-81, and the display-695.  The wildflowers included are Lupinus (Lupin), Daisies, Avalanche Lilies, Goldenrod, Arnica, and some orange coloured flowers.

If you would like to see this as a real LEGO set, please support this.  Feel free to hit the Follow button too, and share on social media.  Thanks!

Here are my other projects:

The Battle of the Five Armies Add-on