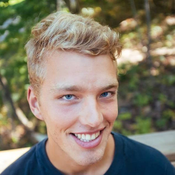 Woah, over 9,000 supporters!  Thank you everyone for supporting this project and sharing it with your friends.  We're so close now!

Happy 1st birthday LEGO IDEAS!  With almost a year down, LEGO has kindly let us have another year to reach 10,000 supporters!  Over the last few weeks, support has increased dramatically and I think we can achieve our goal in the new time frame.  Thank you all for supporting!

Thank you everyone for the huge increase in support over the last few days!  Support like this makes it once again possible that we'll reach 10,000 supporters before the deadline.  We can do it!

265 days down, 100 to go.  What a great journey it has been so far. We're well on our way to 10,000 supporters now, but we still need more support! Keep sharing the project with your friends and colleagues as well as on social media.  The more exposure we get, the more people will support the project.

I want to thank everyone who has supported the Modular Library so far.  Thanks for being part of the team!

I am planning on posting some more pictures of interior in the near future, as well as some possible exterior changes based on your great feedback you have given thus far.

A big thank you goes out to everyone who has supported the project so far.  We're well on our way to 10,000 now with 5% complete!

I can't succeed with this project alone so I'm asking you to help spread the word!  Tell all of your friends about the project and share it on social media or other websites including: Facebook, Twitter, Google+, Instagram, Tumblr, Reddit and other forums.  You can also follow myself (JGreeny) and the project to gain more buzz around it by increasing the community rating.

Thanks again for the support!