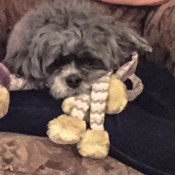 I have been a huge Lego fan since the 1970's when I received my first set #397- Lunar Lander. I would sit too close to the TV playing with Lego while watching Saturday Morning Cartoons. One of my favorite shows of that era was Space Academy. Space Academy was a live-action show about a group of young adults going to school on a huge space station. The show only lasted 1 season but it  left a lasting mark on my imagination.

The main space ship they used on the show was called the "Seeker". The Seeker was a very sleek, white and a super cool all-purpose shuttle. The Seeker got into all kinds of adventurers and always came through without a scratch. The show had a low budget so they would re-use the same shots of the Seeker. I would try to memorize the ship in order to replicate it with Lego. I never came close but the exercise helped develop my creativity. I made hundreds of “Seeeker-esque” ships that went on many adventures. I always wanted to recreate the Seeker and now thanks to LDD and the internet my childhood dream has been realized.

This is a faithful recreation of the Seeker complete with interior which can be accessed by a removable bridge plate. There is also the removable hatch door and custom Space Academy insignia on the Tail and Bow of the ship.

I enjoyed re-creating this ship I loved from my childhood. My next step is to actually build one.

Explore the galaxy in your own Seeker from Space Academy!

ORACO ("Orders Received And Carried Out")