The Seas with Nemo & Friends from Epcot 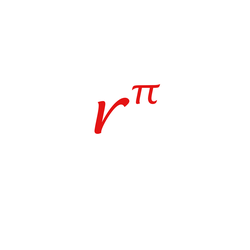 This is a vignette of The Seas with Nemo & Friends from The Seas Pavilion at Epcot in Walt Disney World.

The set contains a large main tank featuring an underwater viewing area where minifigs can have an immersive experience with the marine life. There are also three smaller tanks on display in the pavilion in front of the ride queue area. The main tank houses a multitude of sea creatures including three different types of sharks, a manta ray, octopi, schools of fish, a rock display where algae and coral grow, clams, crabs, sea snakes and various other wildlife.

The ride has a continuous loading walkway leading guests into clam shell vehicles which take them on a tour around the aquarium. During this ride guests join the characters from the films as they search for Nemo. In the boarding area are two cast members operating the ride control panels.

As for the minifigs of the set, I leave that up to LEGO to decide how many there should be but I would like them to have torsos based on actual t-shirts from the Disney World ride itself.

If you liked this idea, please take a look at my other Lego Ideas. And also keep an eye out for some of my future projects. I have at least one more Disney ride idea and another modular city building.