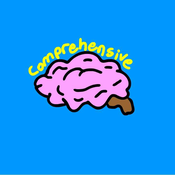 By ComprehensiveBuilds
47 comments
Hello Everybody,
This is a MOC of Mr. Incredible's Incredibile. My favorite movie as a kid was the Incredibles and I always thought that the Incredibile was one of the coolest super hero vehicles ever conceived. I always wanted a Lego version of it and after I saw that the only Lego version of the Incredibile was the one from the Lego Juniors sets and the one from the Lego Incredibles video game (which was never in a set), I decided to make my own version of it.
Incredibles 2 is the 18th highest grossing movie of all time and the two movies are also beloved family, Pixar movies, so all those kids like me who grew up watching the Incredibles and the massive amount of new fans would love to own an accurate Lego Incredibile whether it be for play or display.
I have tried to make this car as movie accurate as possible, whether that be from the rounded i on the hood to the turbine in the back. Unfortunately I could not make a model that could transform and keep the shape of the car looking normal. I will try to update this car and make the transforming feature.
I really hope this project makes it to 10K because that would just be SUPER! hehe
Thank you.
Just a side note: This is made out of real lego blocks not a digital designer.