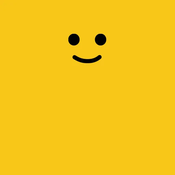 By DiamondLego202
14 comments
This is a LEGO model of the iconic galaga ship called The Gyaraga and it has 589 bricks. Although it could be much lower. I just made an unstable prototype
The size is (by studs) 26 x 30.
Galaga released in September 1981 and one month later in the USA as an arcade game but it now in so many consoles/systems including the PS4, Steam, Xbox One, iOS, Android, Xbox 360 and more. Nowadays its seen as a classic nostalgic game released back in the 80's. Its very simple and its free.
>> Please support, its free and it helps out a ton. Thank you! <<