I've changed the back-end design for the Sparrow GT (not RS) for the 2017 model with single taillights and split exhaust pipes. 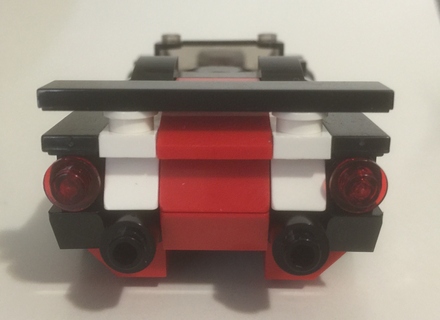 Let me know what you think.  This was the 2016 Sparrow GT back-end with dual taillights and center exhaust pipes. 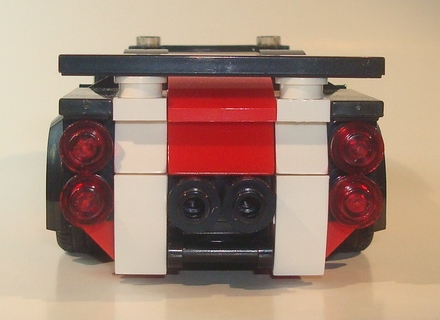 Hoist with Other Cars 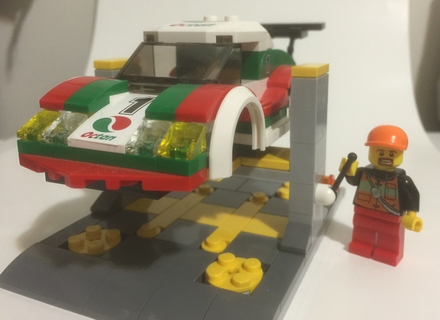 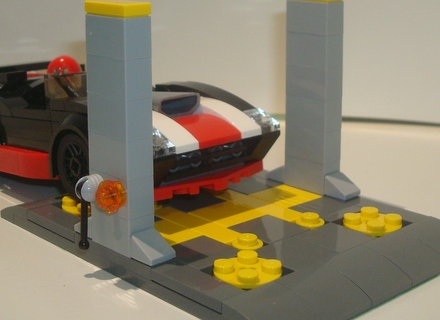 The hoist floor is gray with yellow indicating where the lift is and where the car wheels should stop.  When the lift moves up, you place the lift in the position that you like and then place the car on it. 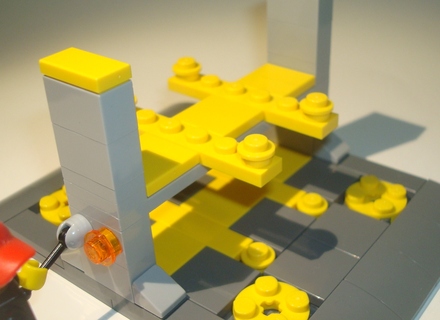 The 1x1 round plates fit snugly into the jack points indicated under the car. 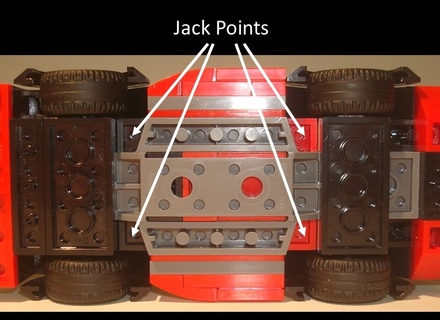 This way the car sits solidly on the hoist but does not actually click-attach to the hoist.  The car does not fall off but can be easily lifted off.