Shark Submersible from The Adventures of Tintin 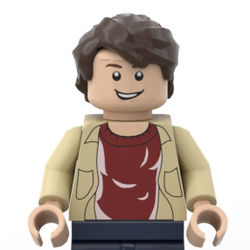 Great snakes! Embark on another whirlwind adventure alongside famed boy-reporter Tintin and his faithful dog Snowy, with this recreation of the shark submarine from Red Rackham’s Treasure. Created by Belgian cartoonist Georges Remi, Tintin has delighted readers around the world for the past 90 years with his many daring exploits, of which none is more exhilerating than his search for sunken pirate treasure. This underwater vehicle plays an integral role in the excitement, enabling Tintin to explore the seabed without exposing himself to the ravenous sharks that prowl the area. Designed by the absent-minded professor Cuthbert Calculus in his debut appearance, the submersible is sleek, compact, and with the silly grin, utterly charming, making it an unmistakable icon of the beloved comic.