A season is a division of the year, marked by changes in weather, ecology and hours of daylight. Seasons result from the yearly orbit of the Earth around the Sun and the tilt of the Earth's rotational axis relative to the plane of the orbit. In temperate and polar regions, the seasons are marked by changes in the intensity of sunlight that reaches the Earth's surface, variations of which may cause animals to go into hibernation or to migrate, and plants to be dormant.

In the calender there are 4 seasons:

That's the reason why I created these lego. 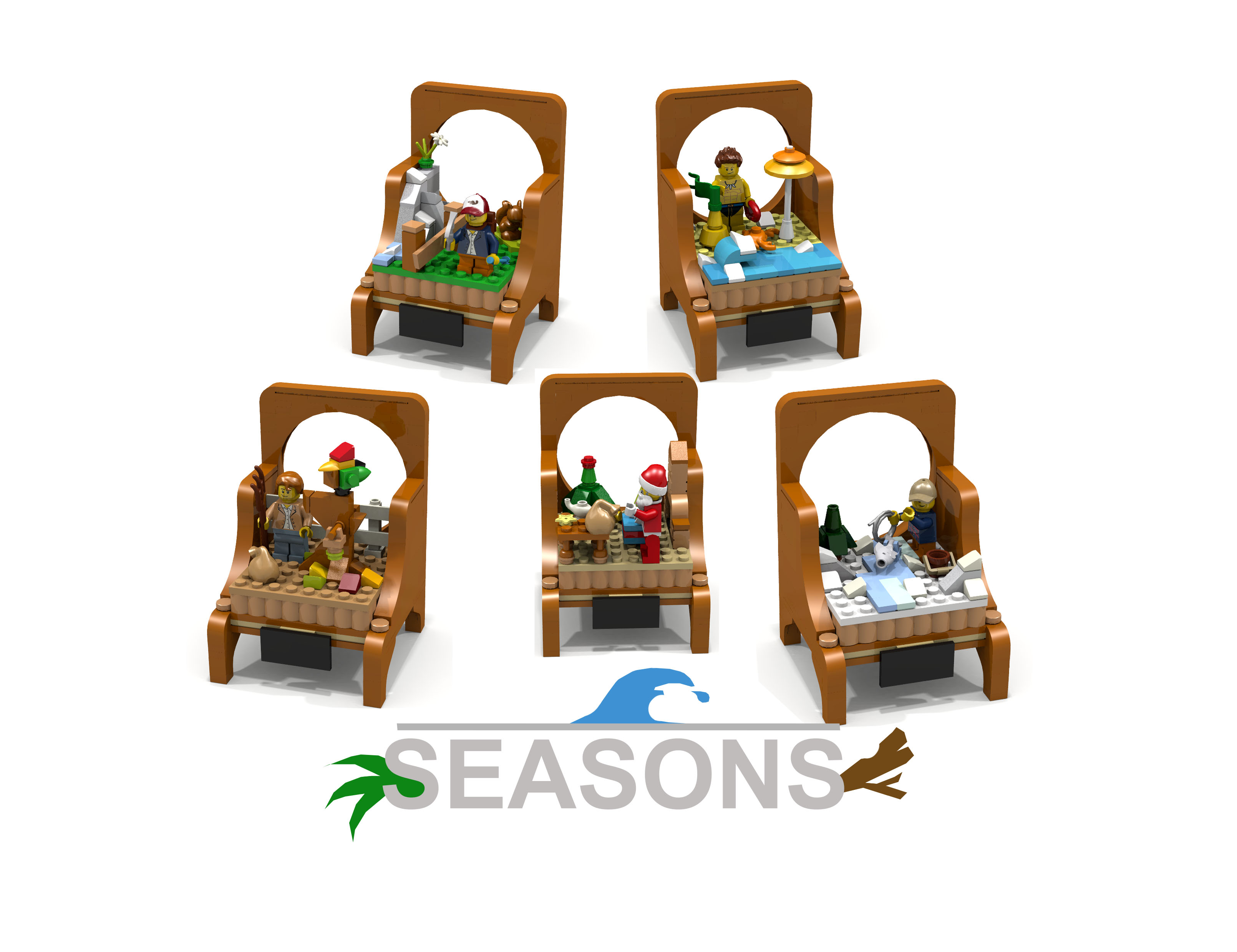