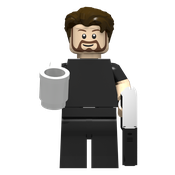 "The Mercury-Redstone launch vehicle was the first crewed launch vehicle in the United States space program. The Mercury-Redstone provided NASA with an opportunity understand performance aspects of the Mercury spacecraft, the effect of a weightless environment on astronauts, and launch and recovery operations at Kennedy Space Center." (Mohan, 2016)
"Three qualification flights of the Mercury-Redstone vehicle were conducted. MR-1 was attempted on November 21, 1960. At launch, the vehicle rose a few inches before the engines shut down and the vehicle settled back on the pad. The problem was determined to be a premature disconnection of power and control connectors from ground equipment. A second successful attempt, MR-1A, took place on on December 19, 1960." (Mohan, 2016)
"On January 31, 1961, MR-2 lifted a Mercury spacecraft carrying Ham, the chimpanzee, who was recovered safely after helping NASA test the spacecraft's life support system. Because of a minor engine thrust issue, the Marshall team decided to insert an extra “booster development” (BD) mission into the schedule to minimize risk. The MR-BD mission was a complete success but it came at a cost. The delay allowed the Soviet Union to capture the headlines, as Yuri Gagarin became the first human to orbit the Earth on April 12. On May 5, 1961, MR-3 lifted a Mercury capsule carrying Alan B. Shepard Jr., the first American in space. Then, on July 21, MR-4 launched a Mercury capsule carrying Virgil I. “Gus” Grissom on a flight that marked the end of the Mercury-Redstone Program, and the next step in the U.S. manned space flight program, the orbital flight of a more powerful vehicle, the Mercury-Atlas." (Mohan, 2016)
What is it?
This is a Mercury-Redstone Launch Vehicle set built to commemorate the 60th anniversary of the first human spaceflight in the history of the United States of America by Alan B. Shepard Jr., onboard Mercury-Redstone 3 (MR-3), or Freedom 7, on May 5, 1961. It's approximately 1:110 scale, like the LEGO® NASA Apollo Saturn V 92176 set.
This set includes:
• the Mercury-Redstone Launch Vehicle, featuring the Mercury-Redstone 1 (MR-1) to Mercury-Redstone 3 (MR-3) livery,
• the Mercury-Redstone Launch Pedestal with collapsible control and power umbilical connectors,
• a moveable Launch Complex 5 (LC-5) gantry with a collapsible tower and adjustable work platforms,
• the Mercury-Redstone capsule during retrofire, reentry, and recovery, and
• a Mercury 7 astronaut microfigure.
This set is approximately 15.6 in. W x 21.3 in. L x 19.1 in. H (39.6 cm W x 54.0 cm L x 48.6 cm H) and includes 2199 pieces, 20 of which feature custom printing. Like the LEGO® NASA Apollo Saturn V 92176 set which includes 1969 pieces, representing the year in which Apollo 11 launched, I would like to decrease the number of pieces in this set to 1961, representing the year in which Mercury-Redstone 3 (MR-3) launched.
Why did you build it?
I built this model because I've been a fan of LEGO® and NASA from an early age. I remember watching a recording of the Apollo 11 moon landing with my family at age 4, building the LEGO® Space Shuttle Pad 6339 set at age 6, and watching The Right Stuff during a roadtrip to Cape Canaveral, Florida to attend Space Camp at age 10. Since,
• I've graduated with degrees in engineering from the University of Michigan and the University of Alabama, both of which were involved in the NASA Mercury, Gemini, and Apollo projects,
• I've worked on finite element analysis software developed at originally developed for NASA during the NASA Apollo project, and
• I've proposed to my now fiancée, a space fan who was born and raised on the Space Coast.
Why do you believe this would make a great LEGO set?
I believe this would make a great LEGO set because:
• it's educational: Aldrin, Armstrong, Collins, and the Apollo Saturn V may receive the majority of the applause in history, and rightfully so, but without Shepard and the Mercury 7 astronauts, the Mercury-Redstone Launch Vehicle, and "the right stuff," the "one small step for a man, one giant leap for mankind" wouldn't have been possible,
• it's inspirational: The LEGO® Space Shuttle Pad 6339 set inspired me to consider a career in engineering as child. I developed this set to thank LEGO® and NASA for their influence on my childhood and to inspire a new generation of children to consider careers in science, technology, engineering, and mathematics (STEM).
References
Mohon, L. (2016, September 16). Mercury-Redstone Launch Vehicle. Retrieved May 05, 2021, from https://www.nasa.gov/centers/marshall/history/mercury-redstone.html