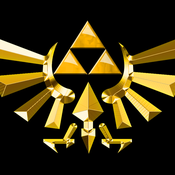 By Forever a Gamer
4 comments

I had recently found some Mechwarrior video game boxes and was inspired by the design of the mechs. I later turned the design into bricks. I made the mech's body small and sort of squarish with room inside for one minifigure. I also gave it "chicken legs" to match the smaller design. It also has a chain gun, gauss rifle, and laser cannon.

I think this idea of mine would make a good product because it's versatile; for example, it can be used as if in space or on earth or even under water. I know some LEGO Ideas sets are for display, but I consider this one as a play set. I like the design of my mech: it's simple and easy to modify and personalize. For example, you can switch out the weapons from the pre-built mounts if you want, or you can make it bigger by extending the legs or enlarging the body.I might make bigger mechs and put them up for submission later this month. Let me know in the comments if you think it needs anything. Thank you for your support. :)

By Forever a Gamer
4 comments