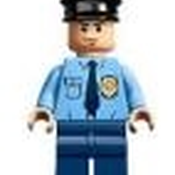 Travel back to the the late 19th century London with this set based on H.G WELLS's famous science fiction novel "The Time Machine" and explore the time with your imagination as sole limit.

The model is mainly inspired by the 2002 movie directed by Simon WELLS, H.G WELLS's great-grandson and counts approximately 950 bricks. It is built in a steampunk inspired style, in accordance with late 19th century fantasy.

- The Time Machine Itself

- A small interior scene representing the workroom with some furnitures, tools and machinery.

If you prefer, the set can be only composed of the time machine and the characters, or other characters like the Morlocks.

I hope you'll enjoy this project and make it real.