By Kvist74
8 comments
BACKGROUND:
The TIE Hunter was a space superiority fighter developed by the Galactic Empire specifically to counter the T-65 X-wing. Like the X-wing it had folding wings (S-foils), which opened up in attack mode and closed in normal flight. Unlike most TIE fighters the TIE Hunter was equipped with both shields and hyperdrive, which made it very expensive. It was armed with 2 laser canons, 2 ion canons and two proton torpedo launchers. All this made the TIE Hunter the fastest and most effective fighter the Empire had at it's disposal. However its combat effectiveness was only slightly higher than that of the TIE\in Interceptor. The huge difference in price between the two fighters resulted in the TIE Hunter only being manufactured in limited numbers.

ABOUT THE BUILD:
First of all it is very difficult to find out exactly what the TIE Hunter is supposed to look like. There are many different versions of the TIE Hunter depicted on the Internet. Especially the size and shape of the wings and the size the ion cannons vary. Some pictures show it with an elongated rear section, others with the standard round TIE cockpit.
The build is based around a modified cockpit of the 9492 TIE fighter to give it similar look. Since there are no movies to refer to, I chose to give my build long slender wings, that slope inwards (in some pictures they slope outwards), fairly large ion cannons and a an elongated rear section, since it is supposed to have both shields and hyperdrive. The small size of the TIE cockpit doesn't allow space for a mechanism to open and close the S-foils like on the 9493 X-wing, so unfortunately each wing has to be moved manually. The build is currently made up of 476 bricks including the pilot mini fig. 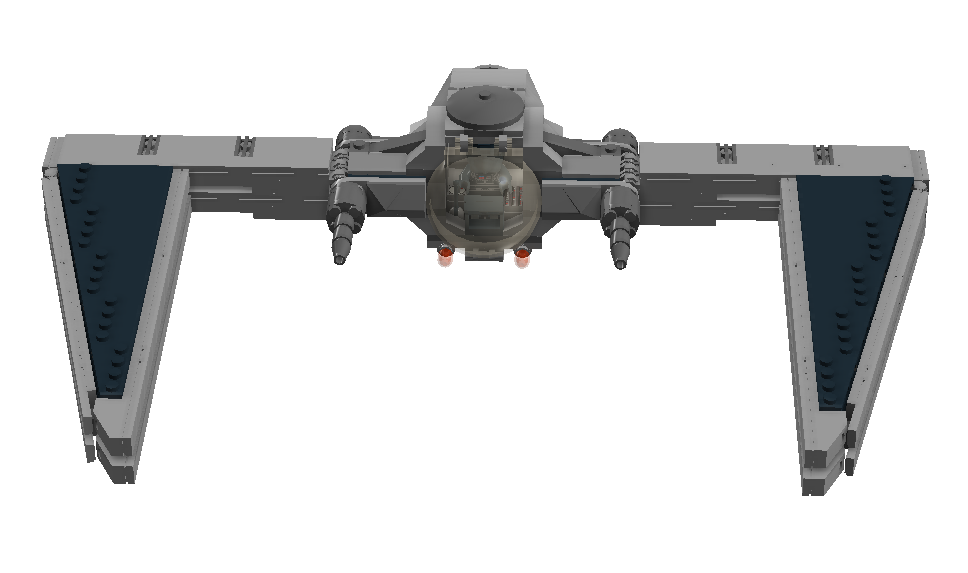 Front view with the S-foils closed for normal fligth. 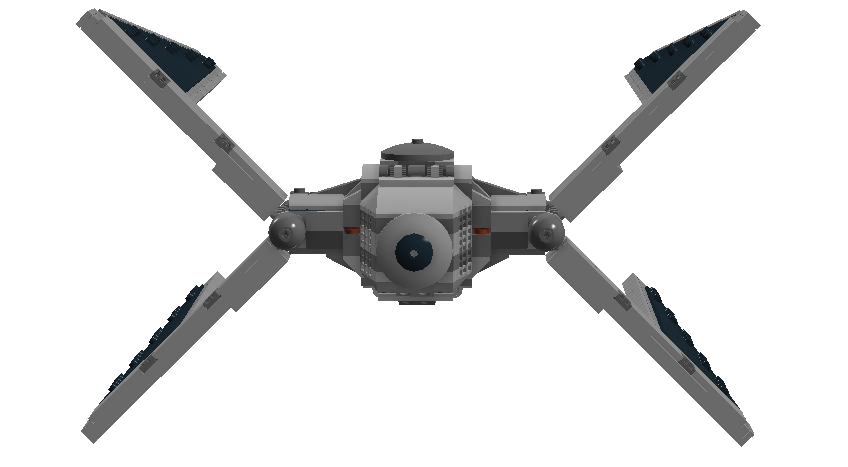 Rear view with the S-foils folded out in attack mode.


If you liked this build, please check out my other builds:
TIE Aggressor
TIE/d Automated Starfighter
Z-'ceptor