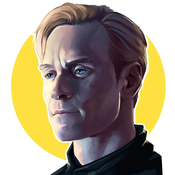 By Phytotoxin
33 comments
This is Stargate Command (SGC), the central operating hub for all matters pertaining to extraterrestrial activities through the Stargate, as seen primarily in the television series Stargate SG-1.  The show was created by Brad Wright and Jonathan Glassner through MGM Entertainment, and is one of the longest-running science fiction television series of all time, having been praised by fans and critics alike.  The show centers around the adventures of Stargate Command’s flagship team, SG-1, and their exploration of other planets and alien technologies through an ancient device known as the Stargate.  This set reproduces the SGC in a realistic and detailed fashion, all while incorporating fun design elements that emulate its appearance in the series. It’s a perfect set for both play and display, made for children and adults alike!
This set features: The set also features the most prominent characters from throughout the series, accurately portrayed in minifigure form:
This set would make an exceptional addition to any LEGO collection – for both Stargate fans and newcomers alike!  I created this set because Stargate is a franchise beloved by millions of fans, and the unique nature of this set provides endless play opportunities, while still retaining its standing as an epic display piece. Within the next few years, a new Stargate series will be released, continuing the universe established by Stargate SG-1. This set would make an excellent re-introduction to the entire Stargate franchise. Thank you for your support!