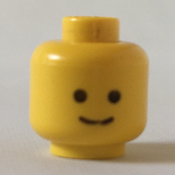 By Yellow Lego Boy
53 comments
"I'm calling it the Cube, it's a piece of art. At the same time, it's an intellectual task as well." -Erno Rubik In 1974, Erno Rubik developed a toy, a 3D puzzle. Although it was originally developed to demonstrate 3D motion to Rubik's architecture students, the Rubik's Cube became one of the most popular, most iconic, and most frustrating puzzles ever invented. This lego adaptation of a classic toy uses around 900 pieces to replicate the Rubik's Cube's iconic movement on all three axis. Watch the video below to see the cube in action.