The only hope to defeat the Titans is for all of the nations of the world join forces to confront the common threat as one. The gods race around the world, manifesting themselves in the forms of the deities of every civilization. Kratos and Aphrodite manifest as Marduk and Inanna to inspire the armies at Babylon. They must convince the mortals to lay their old wars aside and defeat the monstrous Titans with a unified force! 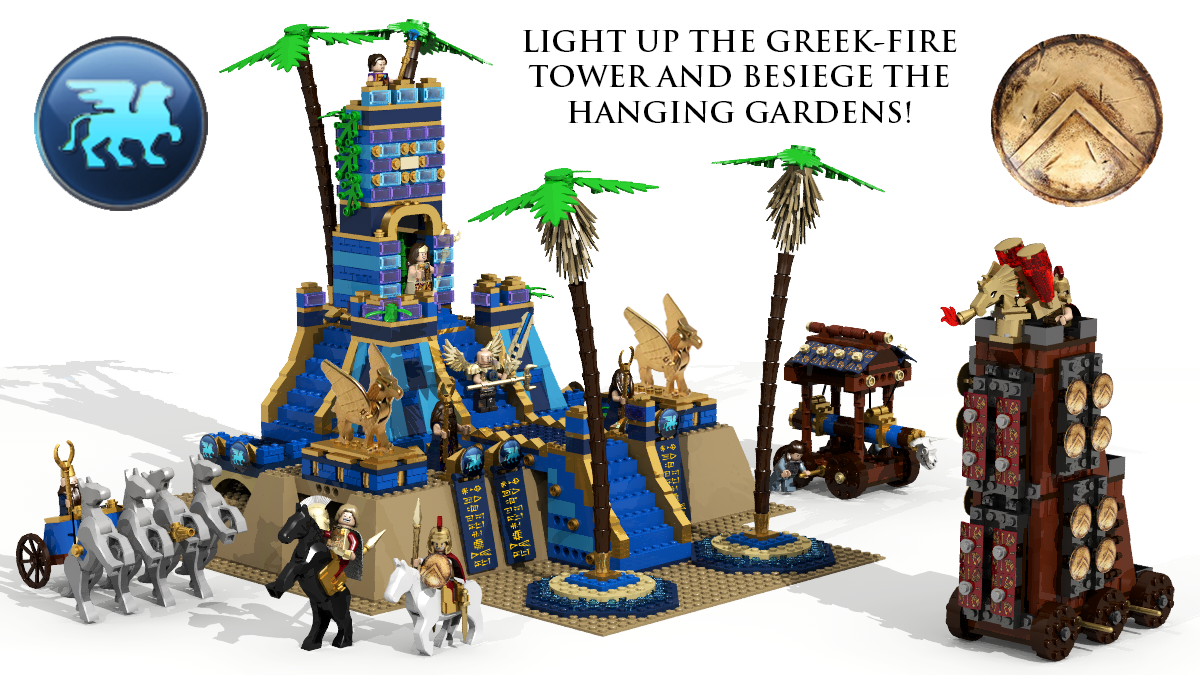 The Greeks have orders to torch the Hanging Gardens with ancient napalm... Stop them! 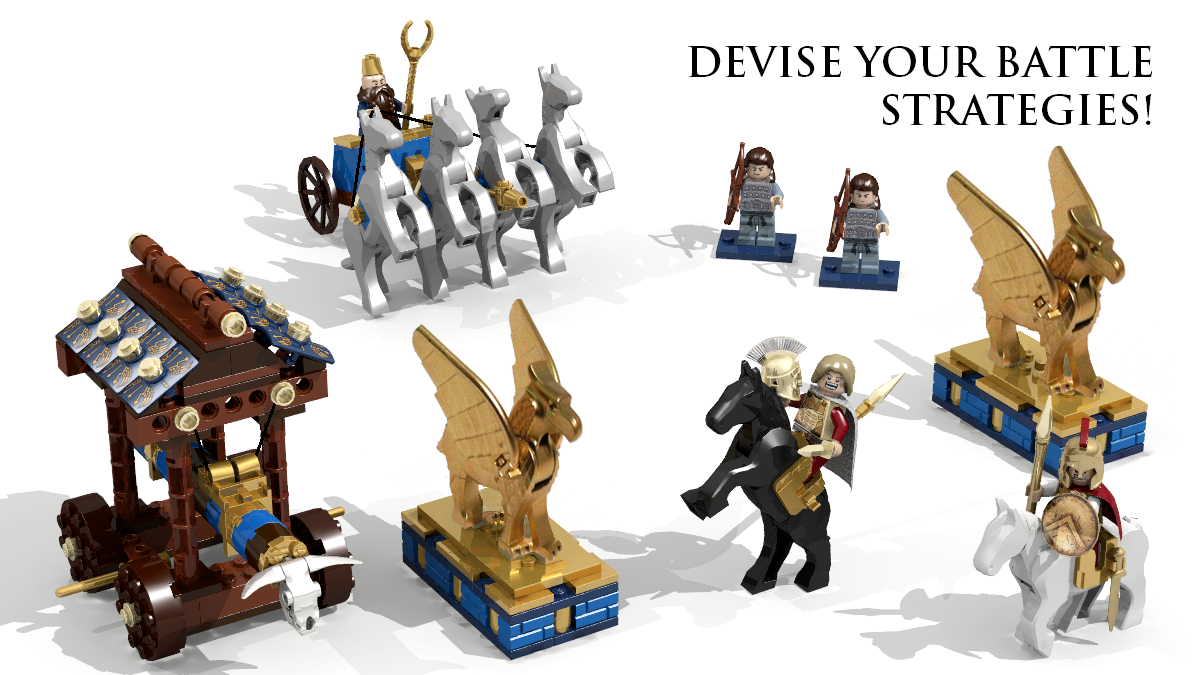 Alexander the Great battles with Nebuchadnezzar... Will they get the message in time? 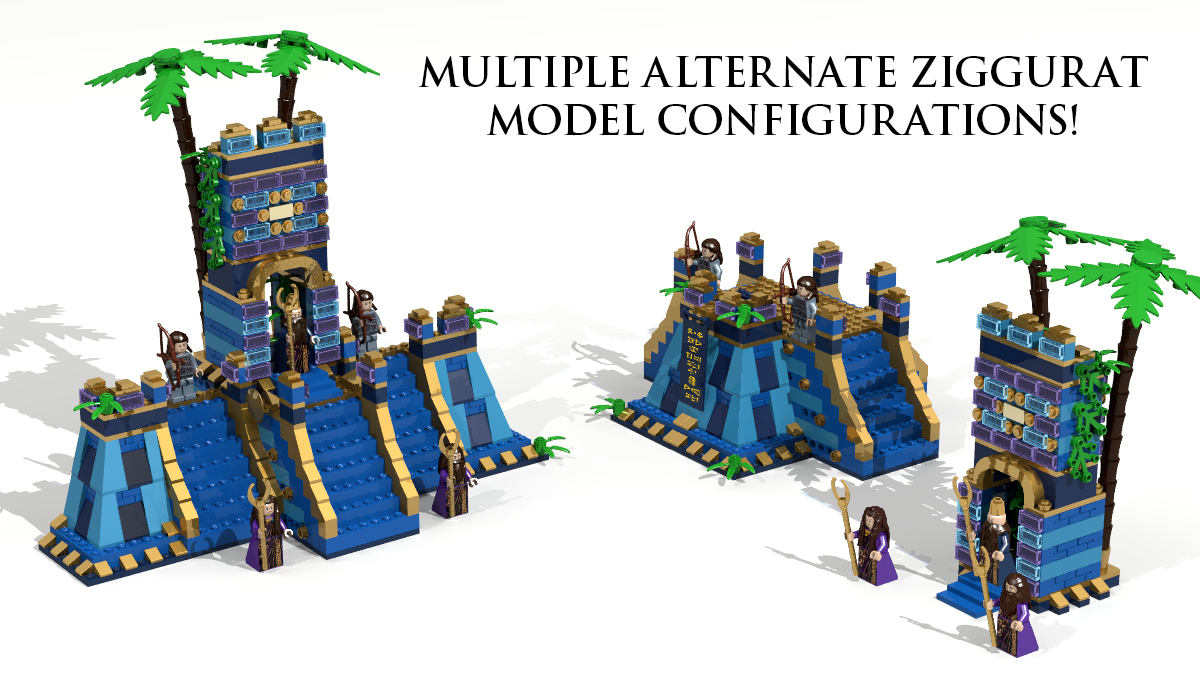 Build the Ziggurat of Ur, the Hanging Gardens, plus many more modular alternate builds. 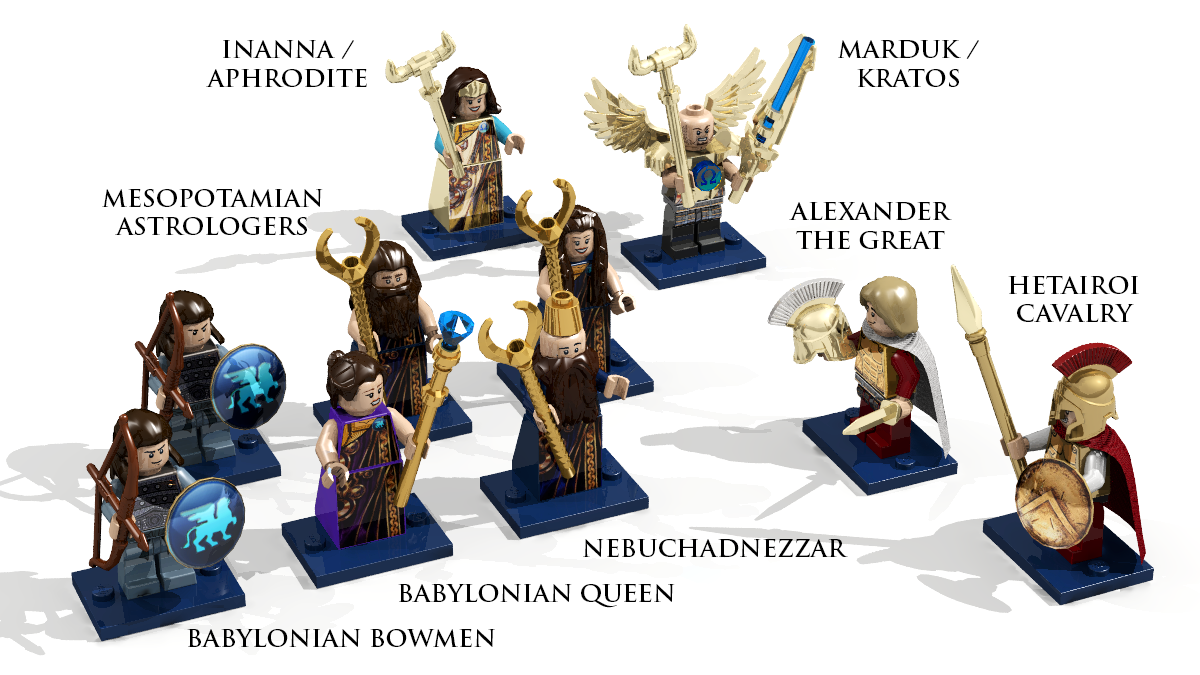 The Fertile Crescent of Mesopotamia is the Cradle of Civilizations, giving rise to almost all of the hallmark inventions that we associate with urbanized life, and it is long overdue to be celebrated in a Lego set. Here you get wondrous blue, dark-blue, dark-azure and trans-blue, emblazoned with iconic cuneiform script and ancient motifs, a raised temple baseplate that doubles as an archaeological dig site, with multiple modular build options!

As soon as you have done that, you are ready to continue your journey onward to Civilizations and Empires, Level 5: Boudicca Unites the Celts at Stonehenge...

The Greek Helepolis was the largest siege tower ever constructed in the world. In real life, it weighed over 160 tons, and required over 3,000 men working in relay teams to push it!

Greek Fire was the unique and iconic wonder-weapon of the Byzantine Navy, but experimental prototype versions were used many centuries earlier.

Marduk was the patron-deity of the Ancient Mesopotamian city-state of Babylon, an enigmatic figure who gradually evolved into the most powerful force in the Babylonian Pantheon. His closest equivalent in the Greco-Roman world is Kratos, the God of Power.

Inanna, also called Ishtar, is the Mesopotamian equivalent of Aphrodite, Goddess of Love.

The raised baseplate was used in the Indiana Jones Series and for Pharaoh's Quest. It was obviously designed to make a perfect realistic Lego archaeological excavation site!