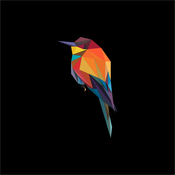 So, this is me taking the time to write a little about something that I've really kept at heart for many, many years now.

I've conceived, now many years ago, a Lego based Mobile Suit/Gundam modular design, that I've refined and perfected over the years, and that has permitted me to make many many other Lego creations.

Ever since, I've given myself the goal to build one of them as a proof of concept for those who've always seemed to reject my ideas, as they've been, thus far, only computer generated renders for most part.

I give you today, this proof of concept, in the form of the GAT-X105 'Strike' Gundam.

This project, in a nutshell, is all my efforts' culmination embodied into a magnificent build, standing at 13.35" tall to propose an idea that has long driven many Lego and Mobile Suit/Gundam fans alike: the dream of one day seeing a proper Lego set series that carries onto the magnificent Japanese sci-fi universe that is the Gundam saga.

This physical build can also be considered a kind of support to my original GX-9901-DX 'Double X' Gundam Lego CUUSOO (now Lego Ideas) contest entry to help you all see that such a feat is indeed stable and possible.

This is the sum of all my hard spent hours working into seeing this dream come true, as a die-hard Lego fan and Gundam lover.

The concept model for the 'Strike' has also been recently nominated as a staff pick over at Sketchfab, in the acknowledgment of such great use of 3D WebGL technology and awesome Lego building skills, as an encouragement to this project's success.

It is with great pleasure, passion and excitement, that I bring onto you all the realization that such a model is possible to build, and that in all its magnificence, standing at 13.35" tall, would be a most unique piece to have in one's collection.

If you've liked this Ideas submission, please make sure to pass by my original GX-9901-DX 'Double X' Gundam submission and cast your vote!

Thank you all and happy voting!