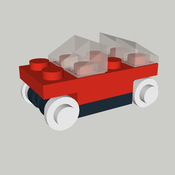 By DagsBricks
0 comments
LEGO has given motorcycle facilities poor treatment. To wit:

2012 brings us set 4433 Dirt Bike Transporter but this is not really a facility. It is a vehicle.

In contrast, Police Stations have been released 15 times since 1973.

Fair? I think not.

A new motorcycle set would include a small showroom and a repair facility. The set should come with 2 or 3 minifigures and a small handful of motorcycles. Of course bigger is better. This rough example is on a 32x32 double drive baseplate. 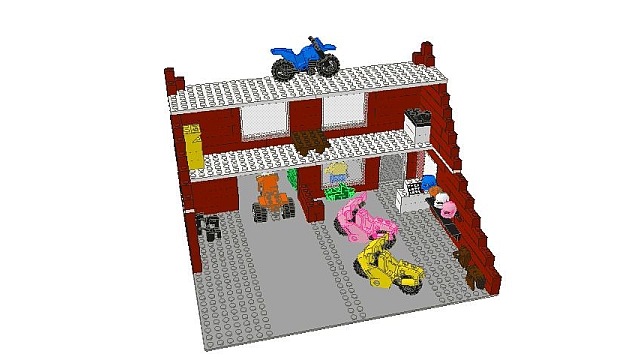 The roof is already fairly open to allow for play. To one side is the store where you can purchase a helmet, saddlebags, or even a motorcycle. Don't miss the microcycle in the window. This is one of those things that the underage kids in your neighborhood ride around thinking they're so cool. Actually in my neighborhood it's big kids who have lost their licenses.

On the other side is the repair shop. We'll need a motorcycle lift, a handful of tools and some SI calendars. SI as opposed to metric that is... Hey LEGO, let's make good use of the welding cart design from the 2005 City Advent Calendar! You just know someone's going to want to go all Monster Garage on their chopper.

Upstairs is a hangout spot with a table for playing cards, an arcade game, and a kitchenette with lots of coffee. 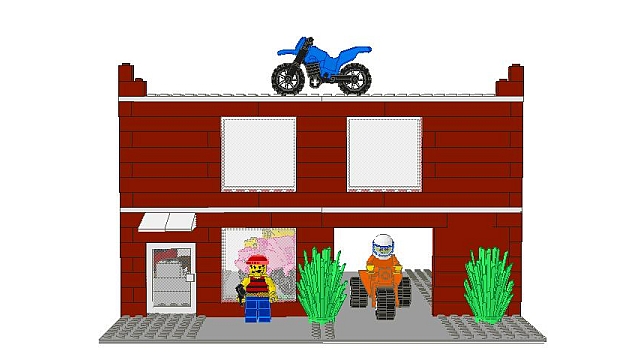 Hank the Crank steps into the parking lot for a breath of fresh air. Meanwhile Big Jim takes off on his trike, another happy patron. Hey Jim, don't make too hard a turn on that thing! 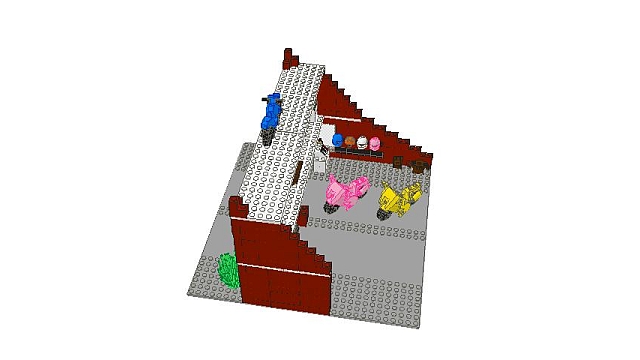 One more odd view of the store section.