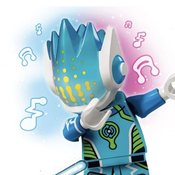 By SpaceBrick54
129 comments
In the medieval village of Ravenbourg many villagers lived their calm and peaceful life, based on agriculture and farming.
Everything changed when a lone Wolfpack warrior arrived in town, and many mysterious incidents started to happen.
many villagers have sighted his presence, but nobody ever captured him.
The bard of the town still tells of having witnessed the last wolfpack apearance, during the last spring equinox, when, using roofs and windows, managed to get away after stealing the royal treasure in the castle of Ravenbourg.
Since that day, the spring equinox is also remembered as "the day of the wolf".