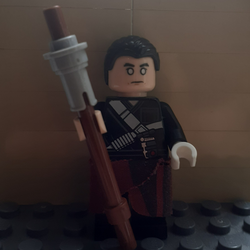 Chirrutomwe99
32
47
days left
Tis the year 2025, NASA have been seeking to find better ways of space travel and are proud to launch the SLS rocket with the Orion spacecraft inside! They hope that soon this ship might take them as far as mars.
My idea consists of the SLS rocket itself and a smaller Orion spacecraft to go with it.
The SLS is a tall structure with small details that relate to the real life version, for example the side rockets that are meant to detach when the rocket has left the Earth's atmosphere.
The Orion spacecraft is a very small build intended to add detail to the idea as a whole because it is will be the predominant module for the SLS.
I enjoyed designing this and I hope you enjoy my idea too!
32
47
days left