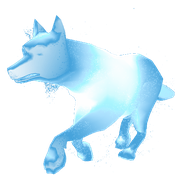 By WolfsbaneCello
10 comments
This is my flying space boat. I was watching Treasure Planet and I got inspired to do something similar to the boats seen in that movie. However, I made mine much more sleek and finished than those ones. It looks more sci-fi and less steam punk. I wanted to show a contrast between that and the pilot though, so I made him a very rugged adventure type minifigure, with little sci-fi details. I got the idea for the sail from the Melatbeard's Sea Cow set, which also used technic panels. I thought about including a small pirate wheel for the steering mechanism, since it has a rudder, but ended up using the levers. It just adds so much more of a unique feeling to the creation.