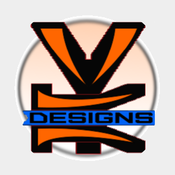 “Bring your best friends in your favorite starship, land at one of the galaxy’s finest spaceports, and then enter into a world of metropolitan paradise!  Cloud City is the proud home to the galaxy’s most opulent casinos, highest rated hotels and lodges, and first-class botanical gardens!  Whether you come on business or at leisure, Cloud City offers something for you.  With round-the-clock entertainment throughout all parts of the city, you will never lack something to see and do!  So what are you waiting for?  Come visit us today!”
--Excerpt from the Official Bespin Tour Guide Pamphlet

Cloud City, an industrial-metropolitan factory city, is suspended in orbit above Bespin, a gas planet located in the Anoat Sector.  Famous for its role in Star Wars Episode V: The Empire Strikes Back as the location of many key events, it has only appeared as an official Lego set once.  Now is our chance to make that change.  By supporting this model, you will help advance an idea which could one day sit as the capstone of your Lego collection.
This immense creation contains every aspect of a display model that a collector could want, but it also features total playability.  It is a perfect blend of Lego fan interests, making it something anyone of any age would enjoy!  With dimensions measuring over 34 inches (86 cm) in diameter and 39 inches (99 cm) tall, this idea would fit seamlessly into the Ultimate Collector’s Series line.  The extensive layout allows for many difficulty levels and construction styles.  The idea proposed includes 36 minifigures (listed below), eight miniature ships, a removable stand with a UCS plaque and cloud decorations, a twin-pod Cloud Car, and of course the city itself.  So if it’s your dream to fight bad guys in an air shaft, sing with Ugnaughts, get stuck in Carbon-freeze, or hang from a weather vane, no Lego creation will better suit your needs than this!  Please consider supporting this project, as well as following and making a comment.  Together we can make this happen!  Thank you for your consideration.

Below are some highlights and features of this project.

*Due to this being an ongoing project, the following are subject to change.  So make sure to stay tuned for updates!

• Includes 36 minifigures and droids!
• Adapted minifigures include Lando Calrissian, Lobot, 2 versions of Han Solo, Chewbacca, C-3PO, R2-D2, Luke Skywalker, a blasted C-3PO, Cloud City technician, adult tourist, 2 children, E-3PO, and Boba Fett!
• Brand new minifigures include 2 versions of Leia Organa, wounded Luke Skywalker, 2 Cloud Car pilots, 6 Bespin Wing Guards, 3 Ugnaughts, and an exclusive metallic Han Solo in Carbonite!
• Other minifigures include 4 Stormtroopers, an Imperial Officer, and Darth Vader!
• Also includes an assortment of weapons and tools, including a hydrospanner, a fusioncutter, stuncuffs, and a set of hand-held landing beacons; plus, 2 lightsabers and an assortment of blasters, including Boba Fett's infamous blaster carbine!
• The glittering concourse adorning Cloud City is designed at a super-micro scale, and includes miniature representations of landmark sites such as botanical gardens, an industrial zone, communal landing platforms, an aquatic center, Royal Park, Figg and Associates Art Museum, Cloud City Security Tower, and Yarith Bespin!
• Remove the concourse and substitute it for Han and Leia's luxury suite in the Yarith Bespin Hotel!
• The detailed city is designed in 20 wedges, the tops of which can be removed independently.  Built into them are four hooks in order to hang the city and four inserts for the support stand.
• Open the city's 20 sections to access the minifigure-scale world inside.  The structure can be naturally divided into four separate quadrants, separated by hallways that lead toward the landing platforms.
• Quadrant One is home to the Carbon-control room, a lovely hall with a water fountain, and a luxurious dining hall!
• Quadrant Two represents the scenes in the Security Tower, including the interrogation chamber with a reclining body rack and the prison cell with two sliding bunks!
• Quadrant Three holds the Carbon-freezing chamber, complete with a lowering floor platform and a moving claw!  It also houses the droid recycling center.
• Quadrant Four is the scene of an epic battle, where Luke Skywalker fights his own kin in the Cloud City Core!  This room includes boxes for Darth Vader to throw, a hinged window for Luke Skywalker to leap from, and the narrow catwalk upon which Luke learns a terrible secret!
• A few other features include a central circular hall, a technician access panel, a comlink jack, a small galley, a security camera display booth, an observation room overlooking the Core, and two opening blast doors, plus 7 other sliding doors!

Lego Ideas is a wonderful community, and there are many fantastic, dedicated builders whose projects need your support.  First and foremost, please visit LDiEgo's lovely Redemption - Nebulon-B escort frigate, a beautiful project representing the final scene of Episode V, in a way the direct successor to this project!
Other deserving projects include krisandkris's MIDI-Scale Venator Star Destroyer, drakmin's Rebel Snowspeeder, ABStract's amazing Star Citizen: Arena Commander, Hidaka's famous Piano, tjspencer1's Space Observatory, saabfan's Apollo 11 Saturn-V, and SpacySmoke's Ambulance (Type 3 / Type III).
Thank you very much for visiting this page!  Please support and follow if you have interest, and leave a comment or suggestion.  May the Force be with you.
-VAkkron