House of Parliament in Belgrade, Serbia 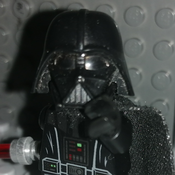 By YoungestPowerfulPumpkin
33 comments
I have created the object of the House of Parliament in Belgrade, Serbia.

This historical building, originally the House of the National Assembly, began to be built in 1907, as a representative building for the needs of the Kingdom of Serbia.

At the end of the 19th century, the project for the construction of the House of Representatives was entrusted to the architect Konstantin A. Jovanovic, who lived and worked in Vienna. According to Jovanovic's idea, the representative assembly building was designed in the spirit of the academic architecture of monumental public buildings. Unfortunately, the Serbian state did not have the funds for such a project.

Due to that, in August 1901, a new competition was announced for the House of Representatives. The architect Jovan Ilkic won the competition.

The cornerstone for the new House of Representatives was laid by King Peter I, on August 27, 1907, in the presence of the most distinguished guests.

The lack of funds, and then the Balkan wars and the First World War, conditioned that until the creation of the new state, the Kingdom of Serbs, Croats and Slovenes, the assembly building was built to the level of the first floor.

With the formation of a new, much larger state, the planned assembly halls for sessions were no longer sufficient and therefore their reconstruction was necessary. In 1920, with the decision to continue the work on the construction of the Assembly, a decision was made to entrust the project to the architect Pavle Ilkic, the son and associate of Jovan Ilkic, who died in captivity in 1917.

Based on the renewed projects, the Assembly building was built until 1926, when the works were suspended. The next phase in the construction of the parliament building began after the death of King Alexander in 1934.

The holder of all works became the Architectural Department of the Ministry of Construction, and the main designer was the architect Nikola Krasnov, a Russian emigrant, close to the court and at that time the author of some of the most important buildings in the capital.

The Assembly building was completed on October 18, 1936, almost three decades after the foundation stone was laid.

Last year, I visited Belgrade and I saw for the first time, this beautiful building. I was impressed by it's beauty and size. Ever since, I am thinking of this object as the best example of monumental, historical structure that suits perfectly to it's function but at the same time meets highest aesthetic criteria.
As a long time user and the person that enjoy in LEGO, I decided to build the House of the Parliament as my LEGO idea.
Think this would make a great LEGO set  because this object has great art and architectural value.
I had great time designing and building it and hope everyone else will have too.