The X-Bomber from the Star Fleet TV Series

Nearly but not quite!

My thanks for all the support for my first project, close but no cigar! Looks like the wings just fell off this one, along with everything else! Boom! Do keep an eye out for other projects from me, even if it's a while in between! It may well be that I'll try this one again in CGI, I think I rather rushed getting it up in my excitement. Presentation clearly counts! 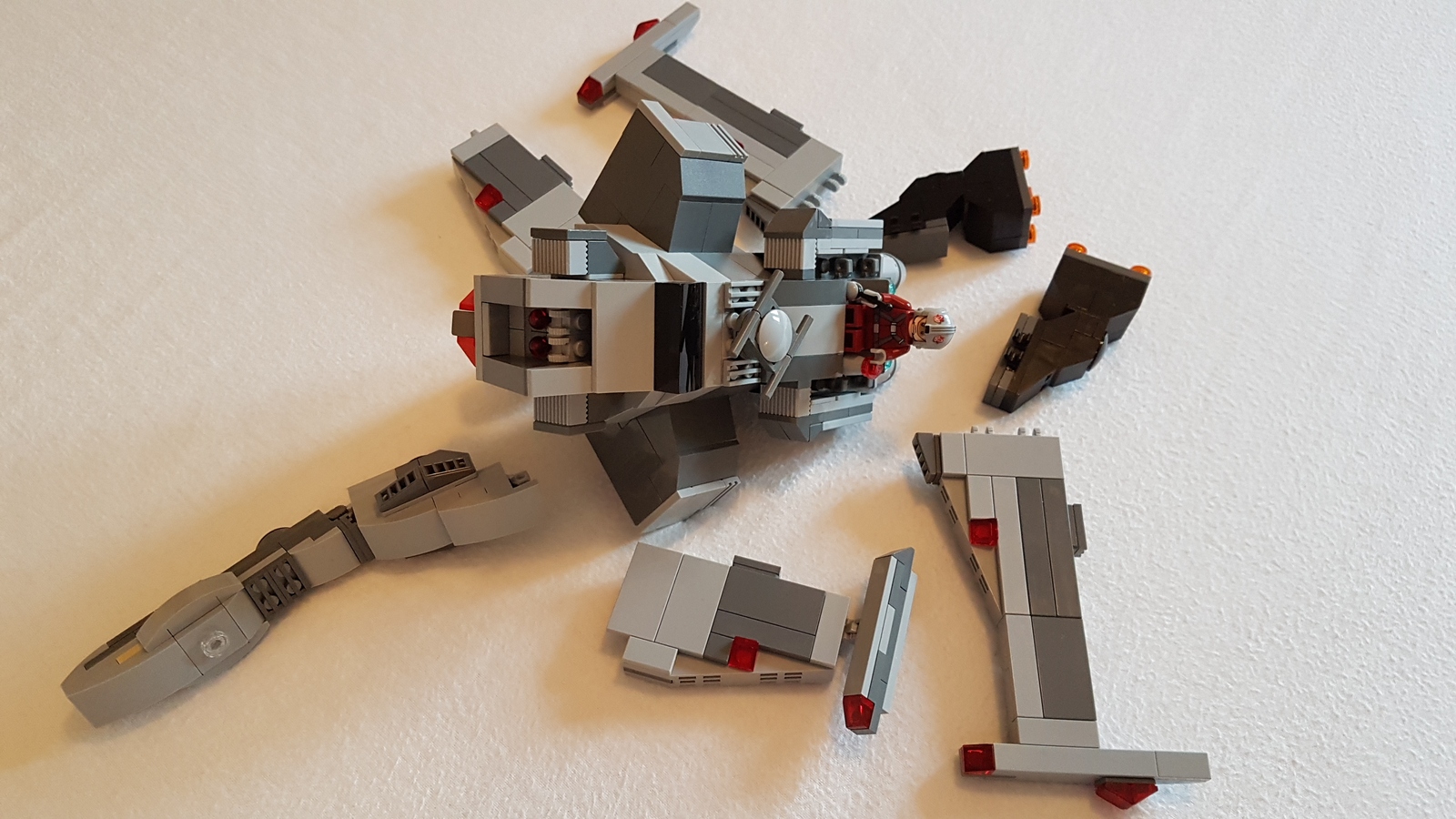 Time grows short, so I thought I'd share something with you that someone on my forum very kindly made for me, completely off her own initiative, and has gifted to me. I haven't yet figured out how to do this with minifigures personally, but the concept would be to swap out the current Dai-X fighters for the component body parts (and adjust the holding pods a little) and then a Dai-X minifigure could be assembled!  Brilliant.

In other news, I'm working on getting a Lego Digital Designer model ready to a good degree of accuracy so that anyone who's interested could try recreating or amending my model. Just need to check the rules. If you check the SFXB website should I forget to add a link here, I'll make sure it's eventually downloadable there. I might also try and figure out Blender at some point, so that I could produce better images for a re-launch. In the meantime, I leave you with these. Thanks for all your support, it's been nice not to completely crash and burn on my first project! 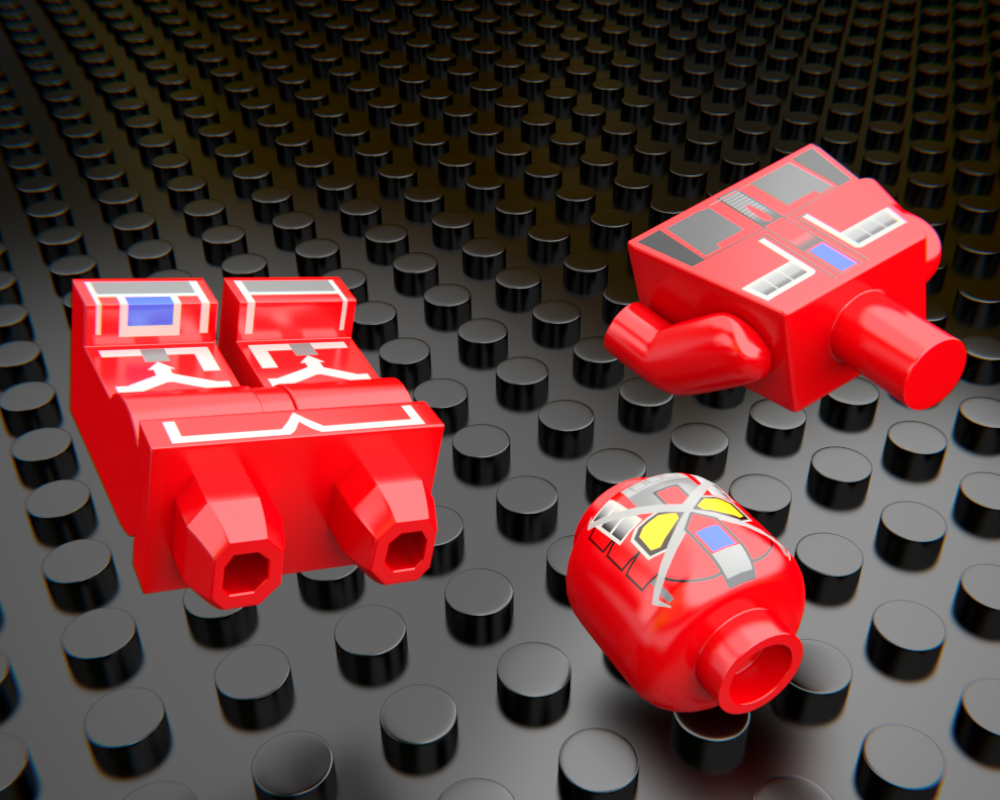 The Least Micro Microfighter Ever!

So, halfway through, and over half of the support I need for an extension but I still need all the support YOU can muster! This rather serious gentleman is now riding high on the X-Bomber, nestled between the two upper wings, turning this battlecruiser into a...  microfighter?! So, for the sake of the galaxy as we know it, please support to lighten his mood and stop him pressing that big red button which he is perilously close to doing! 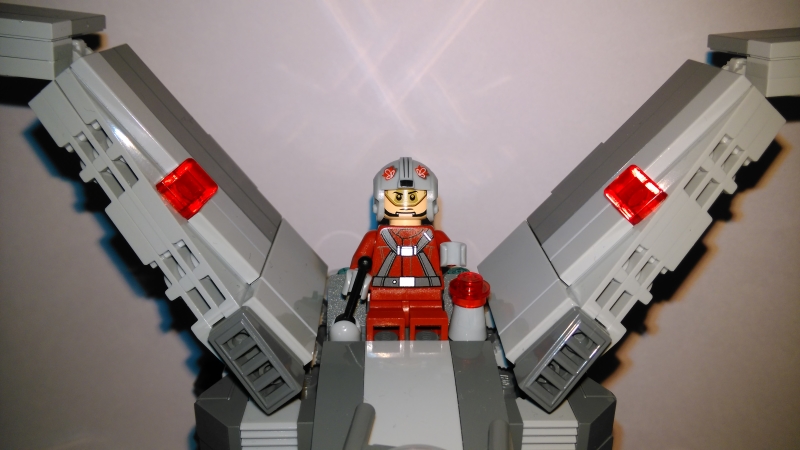 Seriously though, thank you for your support for this, my first project. If it looks like I'm getting anywhere near the 100 mark I'll put together a small landing base / display stand to replace the built-in kickstand approach I've used to date. Thanks for reading this far down!

So, nearly at the halfway mark to get more time. Having checked, I think this video should be ok although my hands feature! Here I show a 360 degree rotation using a Lego turntable (of course!), the launch mechanism proving the missiles can fly, the landing strut functionality and general whooshing to show how easy it is to grip!

So I'm going to continue promotion elsewhere, but do please see what you can do yourself if you feel like it! If I get the extension, I have a couple of other ideas to enhance the set which I will develop later. Thanks for reading!

PS the turntable isn't part of the set!

Thank you for the support so far.  After I'd uploaded I realised something was off - I think I'd been working on it a little too long!  The forward engine intakes were a brick or so high, so I've moved them back down to where they always had been just before I took the project photos (!)  New view is below, which also includes a tweak to the upper edge of the neck. 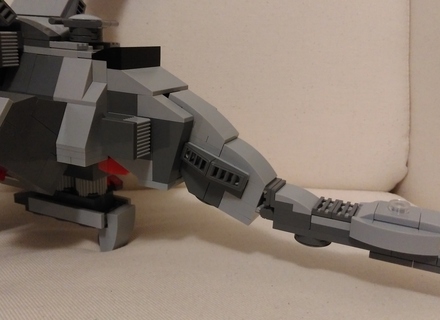 It's hard to describe the feel of the model here, and I'm just trying to establish whether a hand in the graphics is allowed, so until then this might just give you a slight feel for how it looks more interactively.  Please do leave feedback if you have any questions or would like any other photos.