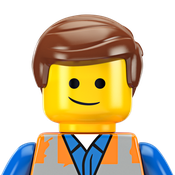 Hi!
Here's my reproduction of one of the most famous Canadian waterbomber ever built, the Bombardier Canadair CL-415.
This aerial fire-fighter flew for the first time in 1993 and was then introduced commercially by Bombardier Aerospace in 1994. The aircraft itself is actually an improvement of the legendary CL-215, the main evolutions are the addition of two powerful turboprop engines and other aerodynamics systems which improved the overall performance in flight. Today, even after 25 years of service, many countries all around the globe are still relying on this aircraft for aerial firefighting.
As a big aviation and lego fan, I decided to build this aircraft last year. After a few months of research, and some inspiration from others builders, I finally built my own version and this is what I came up with.
This lego version is a minifig scale model and is 65cm wide x 52cm long, it includes a working flaps and ailerons system, as well as 2x powerful rotating Pratt & Whitney PW100.
For more stability and simplicity, I decided to keep the landing gear system fixed.
Also, interior is fully designed, with a flight deck, two pilots, seats in the back and water/additives tanks for firefighting.
I hope you'll like it!
Note: You can check other images on my Flickr Account: www.flickr.com/photos/tomclair/