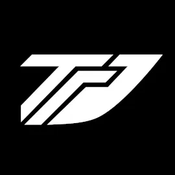 Modern Family: Film Studio
11 seasons, 250 episodes and finally a LEGO set,
has one of the greatest sitcoms ever, Modern Family.
Inspiration
I designed the set because I really like the sitcom, every single episode is fun to watch and at some
scenes you can't stop laughing! Also this set would expand the LEGO sitcom sets which already exists.
What does it includes?
The Dunphy's flat (Measurements in Studs: W 35 x L 32 x H 13)
The set consists of important parts of the Dunphy's flat like the living room and the floor,
built in a film studio what was truly made for many shoots. Everything is detailed under use from many episodes to create the same atmosphere like it has in the series. And of course to recreate and play your favourite scenes!