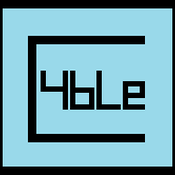 Hello everyone! This is my new project. I am a huge fan of the duo Twenty One Pilots. If you haven't heard of them, go listen to their stuff right after you support and follow this project. Anyway, I decided to build a small display featuring Tyler Joseph (lead singer), Josh Dun (dummer), Josh's drumset, and a large brick built logo. I wanted to get as close as possible to the real deal, so I even drew some tats and make up on Tyler and Josh. I was even able to make a pretty cool tank for Tyler with some extra arms from Hawkeye and Lloyd Garmadon's torso from an old Ninjago series. It was tough figuring out a way to attach the different components of their logo together, especially because I wanted it to look as if it was midair. Fortunately I came up with a way to get the red beam suspended while slanted. I won't say how though because Lego probably wouldn't let me post this if I did. XD Thanks a lot for your support. That is, if you even supported yet. If you didn't, you bettter do that so I don't hate you. Come on, you know you should... But will you???      |-/