The Safe from 'The Room' (videogame) 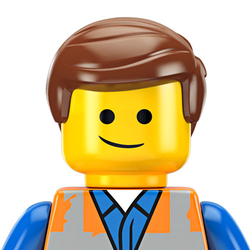 This Lego Ideas set features the iconic metal safe from the first level of ‘The Room’, a BAFTA winning puzzle adventure videogame which was first released in 2012 on mobile devices and since then has had subsequent releases and sequels on Nintendo Switch, PlayStation 4, PC & Oculus Quest.
‘The Room’ is a very tactile game with buttons to push and secret compartments to find and it would be amazing to have a tangible piece of the game which you can not only hold in your hand, but also features some of the features from the actual game. Like Lego, ‘The Room’ has a universal appeal all over the world, from children to grandparents and I like to think many of them would be delighted to build this set.
I’ve always found building with Lego bricks scratches a similar itch in my brain to solving puzzles, so as one of the developers of 'The Room' and a massive Lego fan I wanted to see if I could recreate the safe using Lego bricks. The first version I built didn’t have an opening door, which I really wanted as a play feature, so after much trial and error I figured out a mechanism which allowed the door to open without hitting the corner pillars.
I based the decorative stickers on the in-game textures of the game, designing them in a simplified style using Adobe Illustrator & Photoshop. These textures were then applied to bricks using Bricklink PartDesigner and then used in the model in Bricklink Studio. The details on top of the safe feature a brick built jewellery box, 2 brick-built books and a printed-tile letter from the mysterious character who guides the player known only by the initials A.S.
The safe was looking ok, but looked a bit lonely on its own - it really needed a suitable base to sit on. So I used printed Lego planks for the wooden floor and brick-built scattered boxes and printed newspapers to convey the dusty attic setting.
Of course it wouldn’t be a Lego set without a minifigure, so I built the mysterious character known as A.S. in minifigure form. Naturally he comes complete with suitably Victorian accessories including:
The total piece count of this set is 350 pieces.
I hope you enjoyed reading my story and looking at the images enough to support my first Lego Ideas set, please share any thoughts and suggestions in the comments below :)
Cheers,
Lego CustardKid
412
days left
90