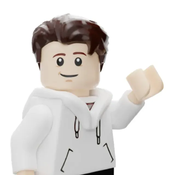 Ninjago Masters of Spinjitzu a series created in 2011 with 15 seasons with action and emotion Lego has released many incredible Ninjago sets for 10 years but in those 10 years there have been sets like The Borg Tower, a new Great Devourer, Ed and Edna car and more. I created a set that I think you should see is in the wave of sets of season 4 The Tournament of the Elements and you know that is because it was the reason you are reading this. It's the Chen Ferry. Master Chen was the leader of a criminal empire and the former owner of Mr. Chen's Noodle House. A master of deception, Chen was responsible for the Serpentine War, which exiled him to an isolated island when the Serpentine lost.
The Ferry has 3 levels
Things included
The minifiguresThe minifigures are new versions of past minifigures, I did not put the versions of season 10 March of the Oni because we already have many ninjas of those versions.
(The minifigures with mask have separate hair included)
About the ferry appearance
In this season that is the 4 of Ninjago Masters of Spinjitzu the ninjas will try to rescue Zane since after he sacrificed himself, ending with the Overlord in season 3 Rebooted, the ninjas find that Zane is still alive and that to recover him they must of participate in the Tournament of Elements, this ferry appers when the ninjas are going to the island of Master Chen.
Amount of pieces
Review of the ferry video!
You can find it looking at my Youtube channel "Brickfanmaker" or "Lego ideas Chen´s Ferry"