I wish to thank all of you for your constant support, comments and feedback. Thanks also to everyone who spread the word on the internet (Including websites like Nerdist and Slashfilm).

It’s exciting. We are almost there…in less than a year!

I have improved most of the pictures to include the previous updates. I have also fixed some minor gaps in the main building:

In conclusion, this will be the final project to be reviewed/judged/evaluated by The LEGO Group: 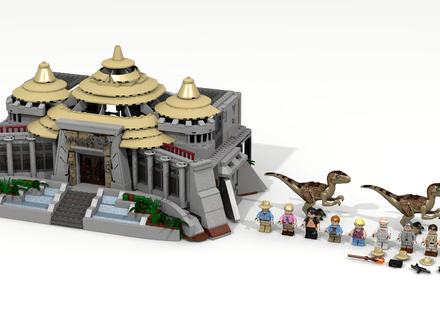 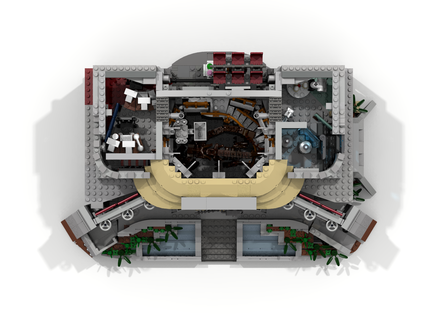 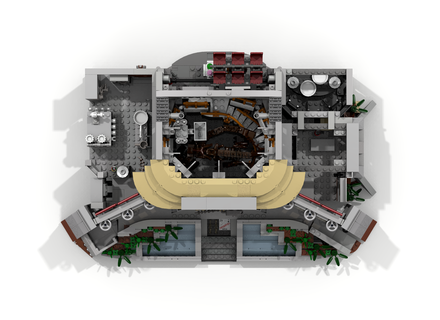 …with these slight modifications not showed in the pictures: 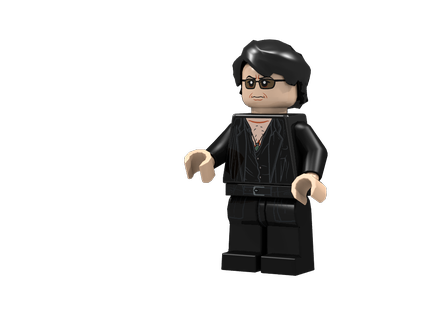 The inclusion of the following 2 additional characters (highly requested by many people in the comments) will be at The LEGO Group’s discretion, depending on their evaluation and business case for this project: 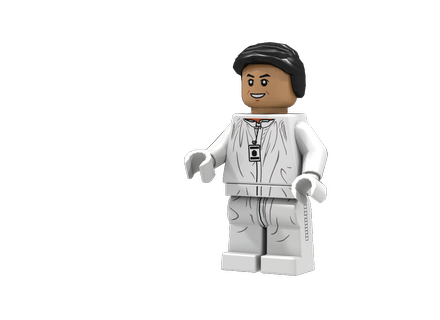 Have you noticed this is the similar scenario from the movie/novel?  A crazy dude creates a giant project called “Jurassic Park”, and tries to convince an evaluation team about its potential.

At least this project is safer than the actual park. If the set breaks down, the bricks don’t eat the supporters!

“I already got Ian Malcolm, but they think he’s too trendy. They want Alan Grant” 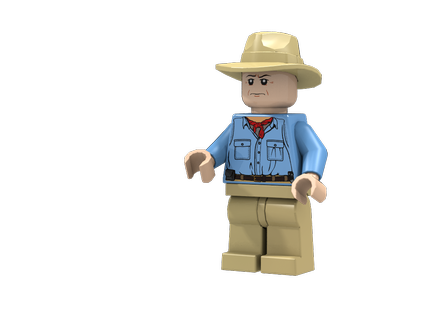 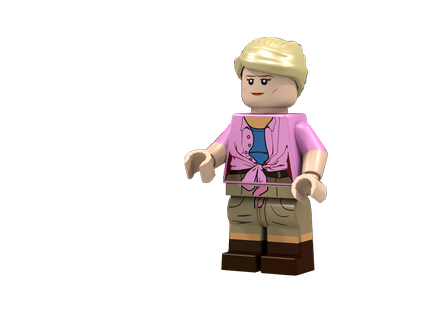 When I was finishing the project, I assumed the main cast would be released eventually in any official future LEGO product, so I tried to focus on John Hammond and the remaining characters.

During all this time, a HUGE number of people have requested these two missing characters. As this could be one of the last chances to see them in minifigure form, I have agreed and included them. Just in case they were included in any future official set, I have also included their “survivor” variants as a second option. 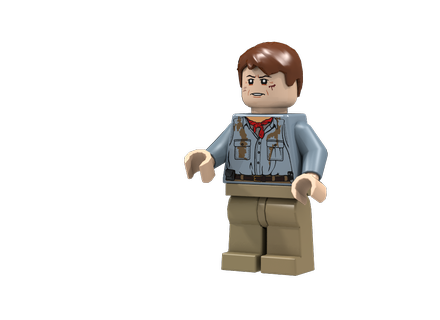 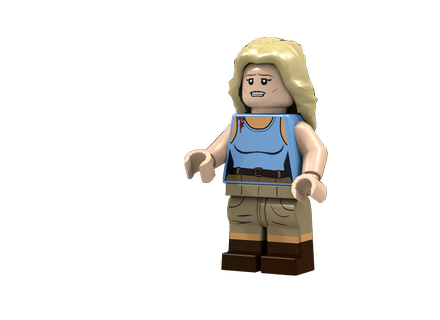 I hope you like all the new content added to the project. If you are missing something, or you want more changes, let me know.

After several request, I have made an updated design for the raptor. 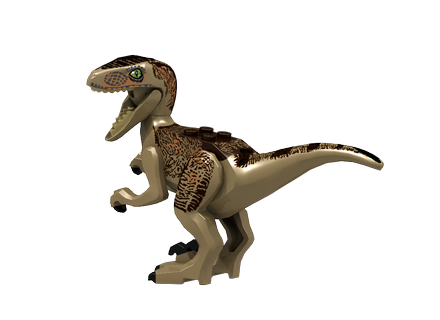 The raptors featured in the movie were always hidden or showed in dark places. However, the brown colors in the LEGO palette looked too bright and colourful in the first renders I made, so I tried to use a more neutral/unsaturated skin tone instead.

I was never happy with the grey shade, so I have redone it from scratch.

You can take a closer look of this decoration design at this custom preview: 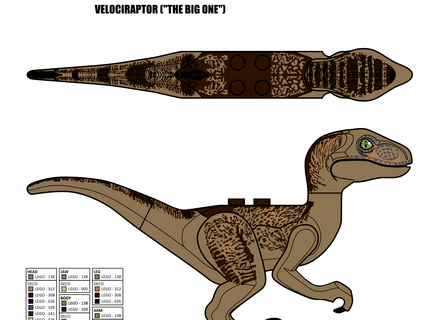 With this raptor update, the project is almost complete … Oh, wait! Two paleo-experts should visit the Jurassic Park project before getting the approval of InGen… I mean, The LEGO Group. Stay tuned for another update in a matter of days.

Finally, here is the long time awaited Dennis Nedry minifigure. Note that it is not a definitive design; I am still looking for a better hairpiece (Finn’s hair from The Force Awakens, maybe?). 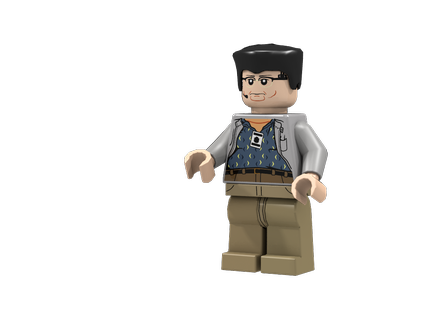 This minifigure was originally intended to be included in that other product proposal. However, the final project includes a more specific variant, with a raincoat, so I think is fine to include his standard normal minifigure as part of the Visitors Center project.

I have made two alternative decorations for the computers located in the control room. 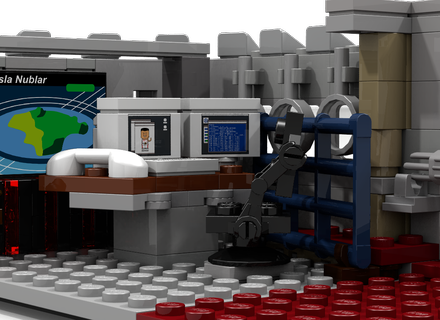 Can you guess which upcoming minifigure was responsible of this ?

Did you miss him? 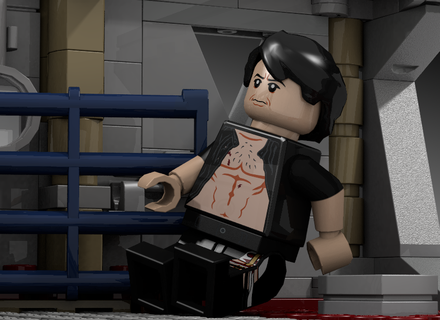 After all the requests, I have finally included the Ian Malcolm minifigure (survivor variant) in the project!

If you still find details to improve, feel free to post your opinion in the comments. 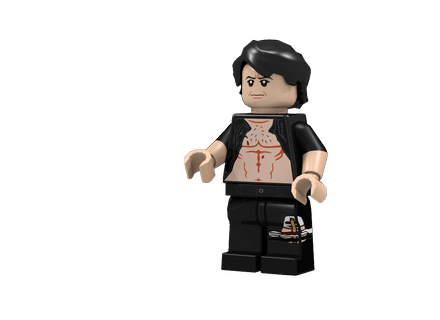 And there are even more updates to come. No clues on what I am working right now... unless you can guess the magic word...

First modifications in the Donald Gennaro minifigure design. I have reworked the face decoration and changed the hair color to Dark Stone/Bluish Gray. I have also made two different face expressions this time.

Changes requested by Brick-Builder3 and 1aidan1. 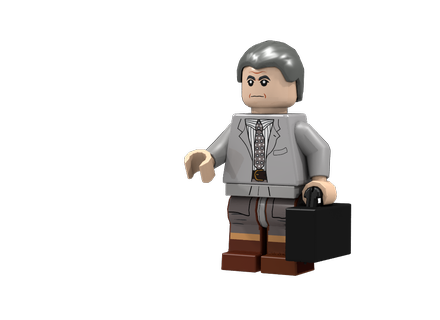 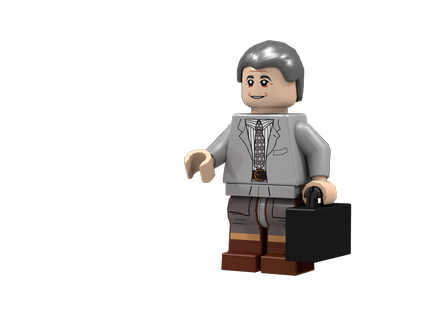 More updates are on the way... 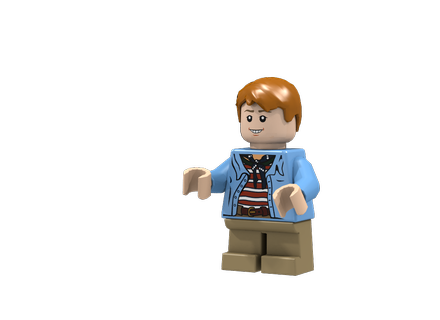 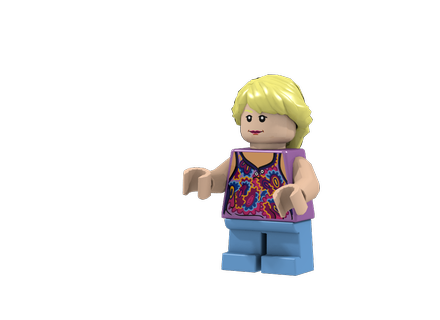 Many of you considered that the Tim and Lex minifigures look too old due to the wrinkles in their faces.

I agree with your opinions (I think the same thing regarding some official LEGO minifigures), so here are the new versions, with a simplified design: 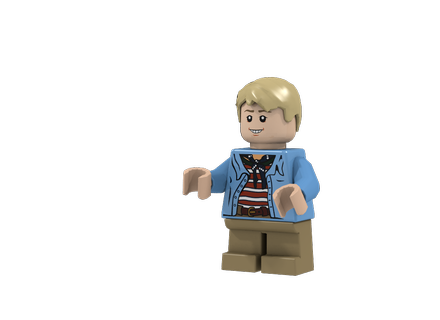 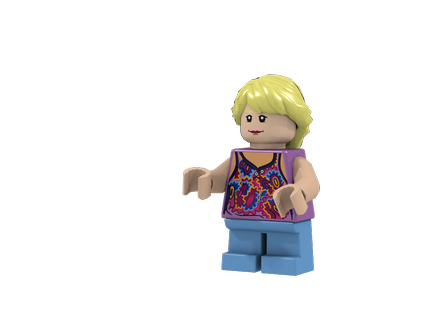 They look better? They look worse? Feel free to share your opinion in the comments.

I personally think that the rest of the minifigures are O.K. However I am open to more redesigns. But please, you must be as specific as you can with the changes you want.