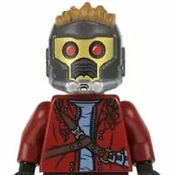 By stepped on LEGO
7 comments
Eddsworld is a beloved internet web series starring Edd and his friends as they go on crazy adventures. The Eddsworld Legacy finale 'The End' came with the return of Tord, who betrayed his old friends and tried but failed to take over the world in his giant robot. I believe that an Eddsworld Lego set themed around one of the most popular eddisodes would be a great tribute to the series.
This set includes:
The giant robot has details and play features such as stud shooter cannon, a jetpack, a cockpit and interchangeable hands on one arm (hand and claw).
Remember to support the build idea if you are a fan of Eddsworld or just like the design!

By stepped on LEGO
7 comments