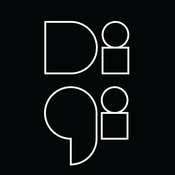 Take a fantastic voyage deep within the most mysterious and unexplored regions of the seven seas!  Cpt. Jem Darkweather has assembled the best team of misfits she could manage for a dangerous quest aboard the 'Laverna'.  This specially made submarine has been built to scare off the giant beasts of the deep she encounters on her endless hunt for treasure and glory.

The ship's navigator, Fergus 'Scrapes' McDraught,  Has plotted the course to the submerged site of an ancient castle,  where he believes there may lie the forgotten treasure of Sir Brickalot, a knight from the mythical Kingdom of Lions.  Little does he know that the treasure is guarded by a giant crustacean, as old as the castle ruins he haunts.

First in the water is the brave but brash Pania Tiriwaka,  who was overqualified for the job of the ship's divemaster, but she just couldn't resist an adventure!!

Will Jem get everyone out safely and keep the treasure? You decide!

I have built this ship with two things in mind.  Firstly:  I just really thought a shark submarine would be cool!, and secondly; I wanted to build a sci-fi ship that had room for the figures to move around inside, so you could really imagine stories taking place on board.

The 'Laverna' has many fun features, including

To make sure that children of all ages can have maximum fun with this set, I have also included a small scenery build of an undersea castle ruin.  The castle and its treasure are guarded by an angry crab, who I must add, was a very fun build.

The set includes a LOT of rare pieces in exclusive colours.  It also includes a few fun printed pieces, including 'battle damage' tiles, computer interfaces and two sign written 'Laverna' slope pieces.  there is also potential to include maps, compasses, and navigation items.

Extra points to anyone who can identify where Scrapes and Jem got their retro T-shirt and tank top from!

This set makes for a very swooshable ship, and a very proud display piece!

I built this model in Lego Digital Designer and Bricklink's Studio software.  But I did build a prototype of the model, which I learned a lot of things from and made many structural changes for stability and function.

The original prototype video can be viewed here: