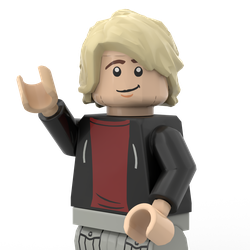 By RippleDrive
10 comments
The Sony PlayStation 2 was released in the year 2000 worldwide. It is still to this day the best-selling video game console of all time.
With the 20th anniversary coming up, I tought it was a good idea to make a LEGO Ideas submission based on this huge part of my childhood.
What is included?
This set is made of 1626 pieces, in almost perfect 1:1 scale and includes the following:
(The stand was sold as a separate accessory for the console.)
(Demo Discs were usually included with magazines.)
Why do I believe this would make a great set?
I believe this would make a great display piece in any PlayStation or video gaming fans household. It would also be a fine addition to any LEGO collection.
Did you like it? Become a supporter!
Share this around to your friends and family!