Jack's adventures - Pirates of the Caribbean 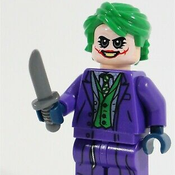 By Davy_92
33 comments
And here is a fantastic tribute to the saga in my opinion, more beautiful than ever!!!
*** Pirates of the Caribbean ***
Here we find a miniature reproduction of the most beautiful and significant scenes, one for each film, of the saga.
Walk through the stairs with Jack's minifigures, all his adventures.
Starting from the dreaded Isla de Muerta, and defeat all the dangers that are incumbent on the path.
The set includes 1600 pieces, and 7 minifigures.
Here we find a detailed description of the set:
1-
At the top right we start with the Isla de Muerta.
You can create many island shapes, moving all the coins and ornaments to your liking, and moving the various characters (Jack Sparrow, Barbossa, Will Turner)
so that you can create the most beautiful scenes from the first film.
Empty and fill the chest to remove the curse from the pirates!
2-
Going down the stairs on the left, you will immediately find yourself in one of the funniest scenes of the second film, that is, when Jack is running away from the Pelegostos population on the beach.
Try to pick Jack up on the back of the ship before he gets caught!
3-
Continuing the path, you will come across the stormy battle involving the Black Pearl and the Flying Dutchman!
Place Jack on his beloved Pearl and Davy Jones on his Dutch, and create this epic confrontation!
Through the mechanism you can move the two ships up or down until they touch them, to make the characters fight with their swords!
Who will have the best?
4-
After your fight, going down we find another fundamental element of the saga, where Jack collides with the danger Blackbeard, Fountain of Youth.
5-
Fight to the end to be able to go down the stairs and meet the ultimate goal,
the seabed with the magical Trident of Poseidon.
But pay close attention to the sea walls, which can rise or fall! Defeat captain Salazar and finish the path.
The set includes 7 minifigures with their own objects
- Jack Sparrow with his sword and gun
- Hector Barbossa with his sword
- Will Turner with his sword
- Cannibal Pelegostos
- Davy Jones with his sword
- Blackbeard with his special sword
- Captain Salazar with his sword
If you like this set an love this wonderful saga,
and you would like to see it inside your house, help me with your vote and support this project!
Thanks a lot to everyone!!