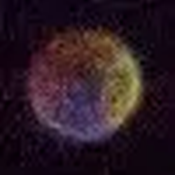 After some people wanted to know how the steering's gonna work i'd like to show you some of the core structure:
Here is just the Technic part of the tractor with drive train (red), steering (green), cooling (blue), side power outlet (orange) and PTO (purple): Another historical background here: I found a picture of the tractor from my childhood!
The photo is black&white so recolored it to what i remember it looked like. 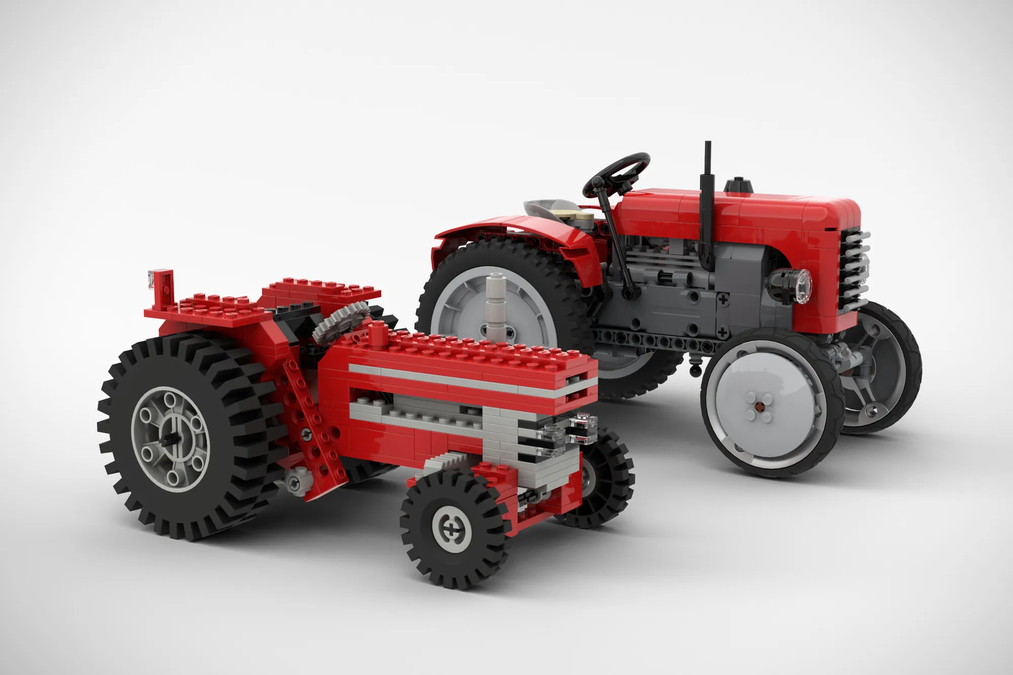 I made a comparison of the legendary #851 from 1977 and my model. It obviously was a Massey Ferguson 135 or similar although it wasn’t labelled officially a specific brand. Mine could be a MF35, at least the colors would match!
On Apr 25, 2022

Check it out: The small Vespa gave us the missing part to build that in red: Hey everybody,
i just finished some possibilities for halftracks, what do you think?
I also did a proof of concept, see video: I have worked on some more accessories, one of those is a sun roof/canopy. It's inspired by some attachments available for tractors in the 1950s.
Check it out here and stay tuned, more attachments to come: Hey folks,
Y o u A r e A w e s o m e!
I'm so stoked to have reached 1000 Supporters AND that the idea is featured as Staff Pick (which also pumped the numbers up in the finish).
I'd like to provide you with some history of LEGO tractors, a little background info about my workflow, an updated model and a preview of what's next.
First things first:
+ Although i did some research before starting to develop my model, just last week or so i learned that there actually exists a 1950s Tractor LEGO Set: It's a Ferguson (model TE 20?) Set #4000025 and apperarently it was a giveaway at a LEGO event in 2018. Taking a closer look i noticed the one piece i imagined as the perfect seat of my model i was looking so hard for: Part #21560, Large Figure Armor, Round, Smooth. Check!
After this find i did some more research and found that LEGO already had a Ferguson model in the pre-brick era! It was a plastic toy with model #780 from 1951. Later there were some more toys of that kind.
As much as i found out the first LEGO Technic tractor model was Set #851 from 1977. It already had different attachments. From the design point of view it must have been a current tractor type from that time, but without branding.
So obviously LEGO and tractors do have a long history together up to today which i see as a neat confirmation of my product idea. :-)
+ I would like to show you my studies for the color concept: Can you name all the brands? + Here's the updated model, besides the new seat i only did some minor changes. It shows how the cutterbar can be pivoted up in parking position. I also include an idea how to present the model without any attachments: + What's next?
I'll start to actively promote the project in social media to try to reach the next milestone.
Also i will continue developing attachments/accesoories, just like in the tradition of the #851!
Thanks again and rock on!
pezzz
On Oct 14, 2021

Just a big "Thank you" for 100 Supporters