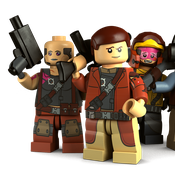 By Nick Royer
34 comments
Updated promo video can be viewed .

An exciting new theme or mini-theme for Lego Space: the Space Troopers! Taking place in the distant future, long after initial human-alien contact, the Space Troopers theme follows our intrepid band of Space Troopers across the galaxy as they fight evil aliens and explore treacherous terrain.

The Space Troopers theme has an awful lot to recommend it. It's got cool-looking Space Troopers as highly collectible minifigs, which could lend itself nicely to hot-selling battle pack-style sets; it's got plenty of options for exciting vehicles and locations, as there can always be a fleet of dropships, fighters, transports, mechs, and armored vehicles to support the Space Troopers. In addition to the obvious endless building opportunities, it would showcase an exciting, vigorous side of space exploration and conflict that, due to its thrilling conflict-oriented overtones, would be a hit with small children. The AFOL audience would love it, too, as it has high-quality, original figures and accessories, plus vehicles that I imagine would include plenty of MOC'able parts, not to mention the nostalgic factor of the theme being in essence an updated Neo-Classic-Space mixed with the vigorous ethos of Alien Conquest..

For more pictures and videos of the Space Troopers, check out one of the following links:
Space Troopers Flickr Set


Other names for this theme could include:
- Space Explorers
- Space Troopers
- Space Defense
- Exploration 2250 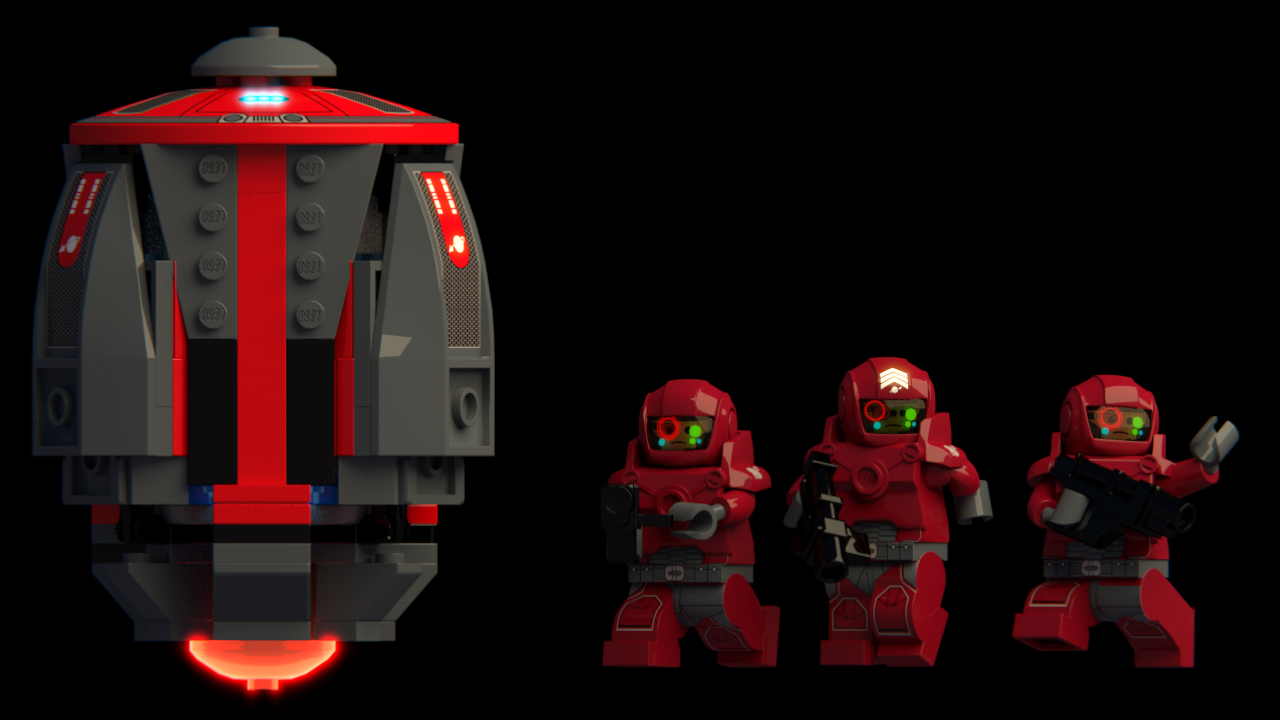 A $10 set, with three Space Troopers and their orbital-deployment drop pod. 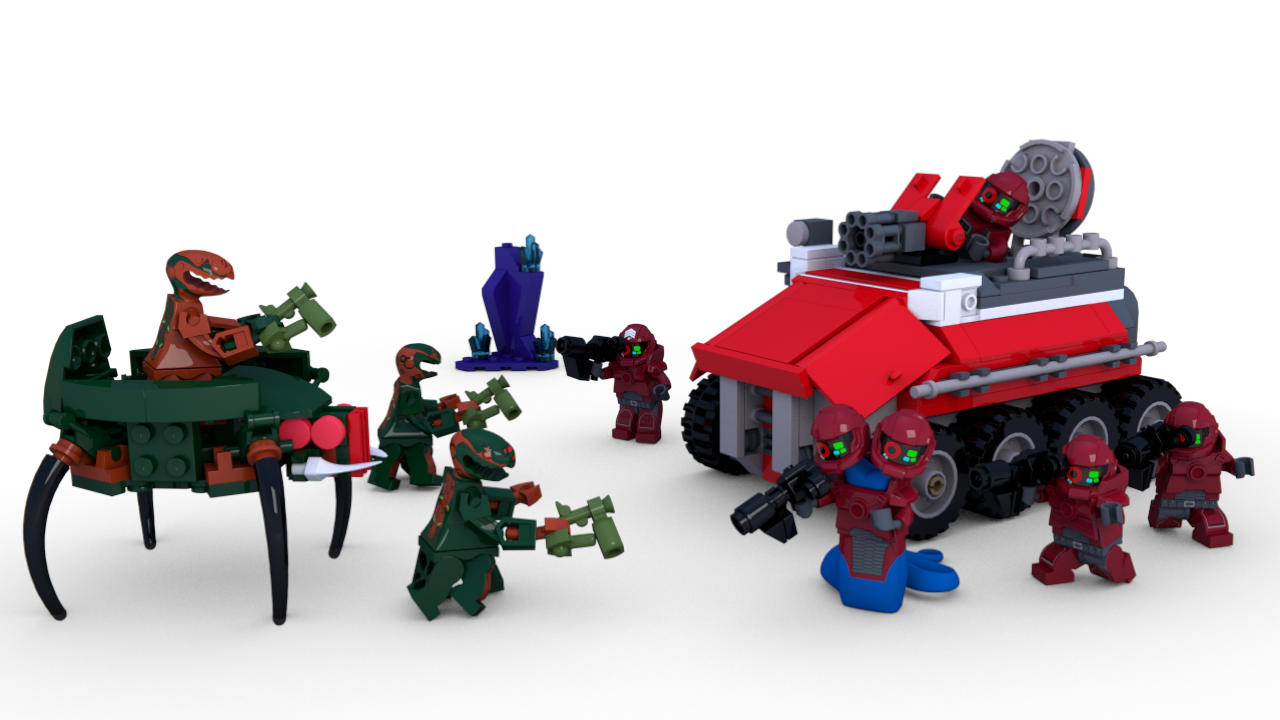 The first set I'm recommending for production, hopefully at a $30-40 USD price point. It contains an APC, an Ugokin scuttler, as well as a selection of minifigs sure to please fans from the just-done-with-DUPLO set to the die-hard AFOLs. 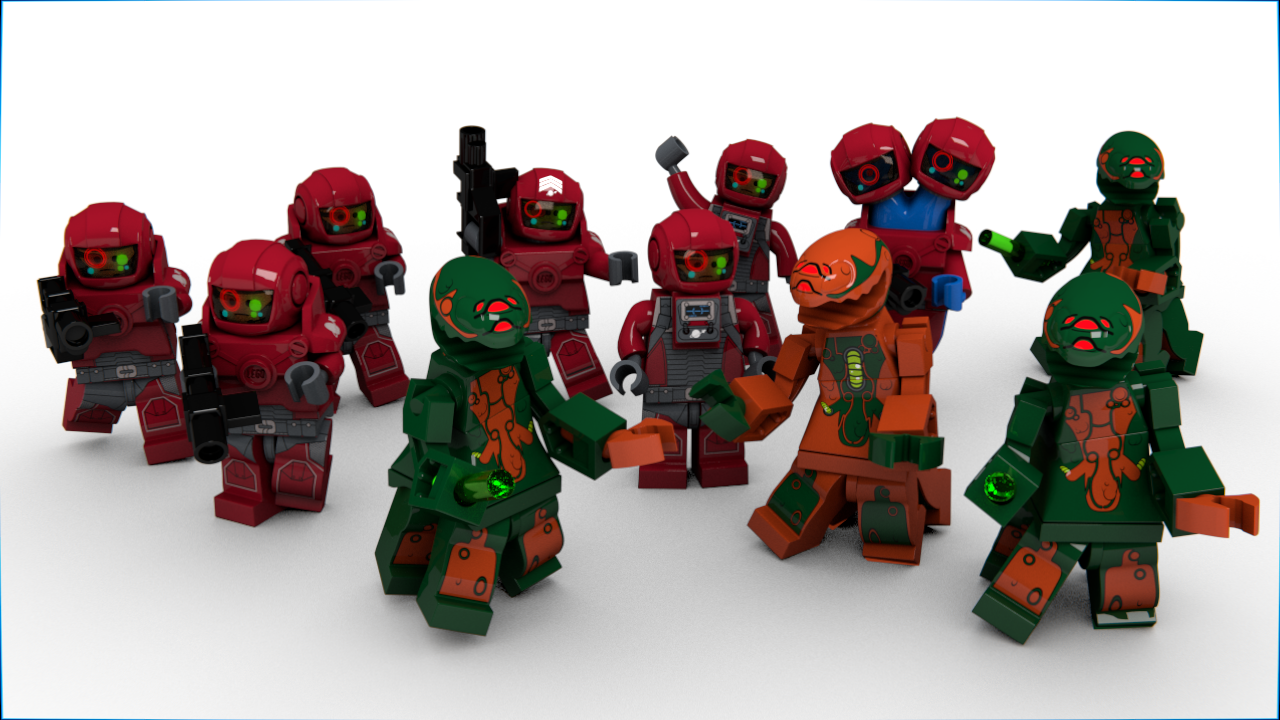 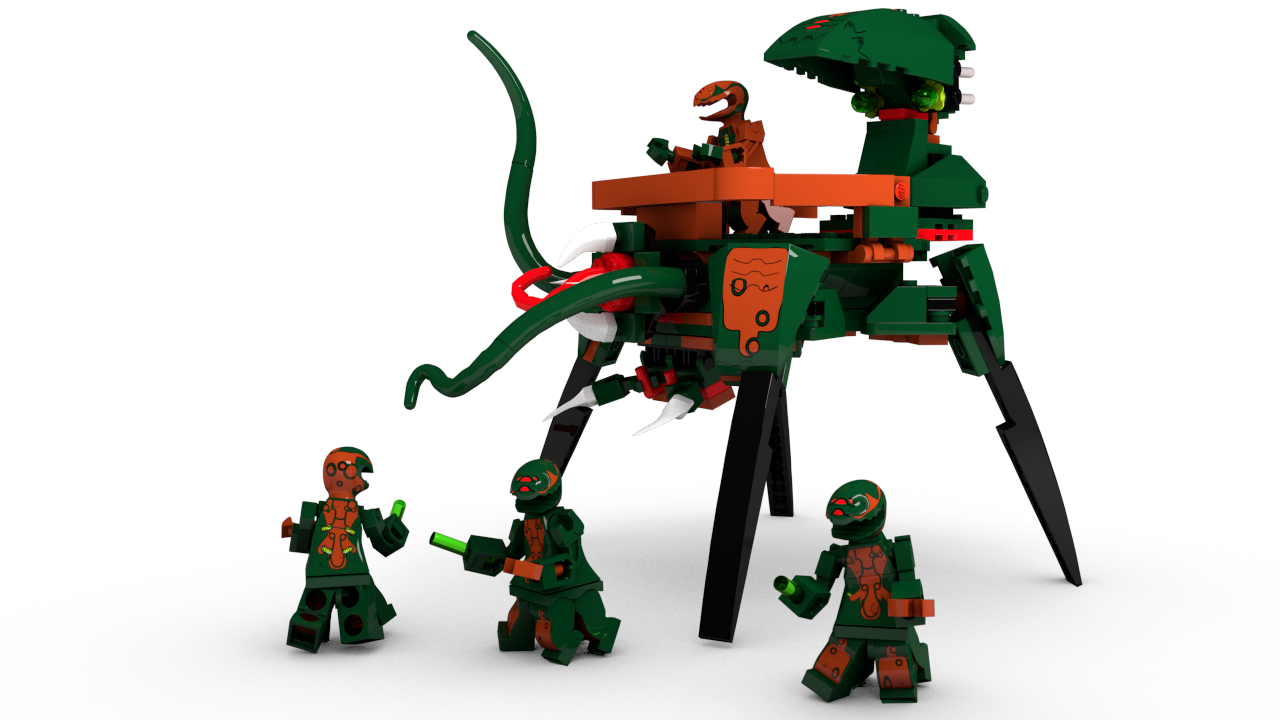 The Ugokins- the nefarious enemies of the Space Troopers, complete with a gigantic Ugokin Walker with missiles, teeth, and tentacles.

Q: What software did you use to create the images?
A: I created the minifigs from scratch in Blender 3D, the free, open-source content-creation suite. For the sets, I prototyped them with real bricks, then adjust them in Lego Digital Designer before bringing them into LeoCad for optimization before the final Blender render. For the building instructions, I moved the models into LPub as well.

Q: Wow! That armor looks like the Series 7 "Galaxy Patrol" minifigure! Did Lego take your idea?
A: No, it's the other way around. The Space Troopers' distinctive armor and helmet are based on the Galaxy Patrol Collectible Minifigure, so Lego would be able to make Space Troopers sets without having to make new molds for completely new parts.

CrashSanders:
Every Space Trooper needs a way to get from ship to planet, and CrashSanders has graciously furnished a drop-pod model that will feature in an upcoming set.