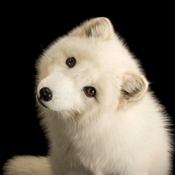 By Baffin Arctic Foxes
29 comments
Art is one of the secondary characters of Pixar's animated film, Monsters University. A furry monster with big legs, an arch shape and purple & blue colors on his body. He is a hippie student at Monsters University, and a member of the Oozma Kappa fraternity. He was a New Age Philosophy major before becoming a Scaring Major at the school.
Art is considered to be a bit of an odd character. He has a good heart, but rather oblivious for the most part. He's quite skilled at acrobatics, dancing, and flexibility. He also likes to keep a dream journal.
I actually thought this guy for the “Create Art” contest :) but then I realized that since it’s Pixar’s IP, it wouldn’t be allowed into the contest so it became a 'LEGO Idea'.