I used to build fire trucks out of Lego way back when I was a kid. My father has always been a volunteer fireman, so I was around fire trucks a lot. Now, my son is into building with Lego, and he recently got the 60004 Fire Station and a few smaller fire truck sets for his birthday. He asked me why the Lego fire trucks don't look like the ones his Grandpa drives, so I started wondering if I could design one that looks more like those.

I had some criteria in mind when I designed this engine: 1) it had to be minifigure-scaled, so that it could be played with the minifigs, 2) it had to be the same size as the 60004 fire truck, so it could fit in the typical Lego fire station, 3) it had to integrate well with the Lego City system, 4) it had to have playability and 5) it had to look as close to a real American fire truck as possible, yet still satisfy the other 4 criteria. I started with the fire truck from the 60004 set, then stripped it down and built it back up to resemble an American pumper. It has the pump controls in the mid-section of the truck, storage compartments above the rear wheels, fire extinguishers above the pump controls, hoses on the rear deck of the truck, and a ladder on the passenger-side.

I designed it in Lego Digital Designer (which is where these screenshots come from), then ordered the parts from Bricklink and my son and I built it. My son LOVES it! He brings it wherever we go and plays with it constantly. A few of his friends even had me order the parts again so they could have their own (by request, one of those trucks was yellow)! Then my best friend told me about Cuusoo and convinced me to give it a shot, so here I am.

I hope you enjoy taking a look! 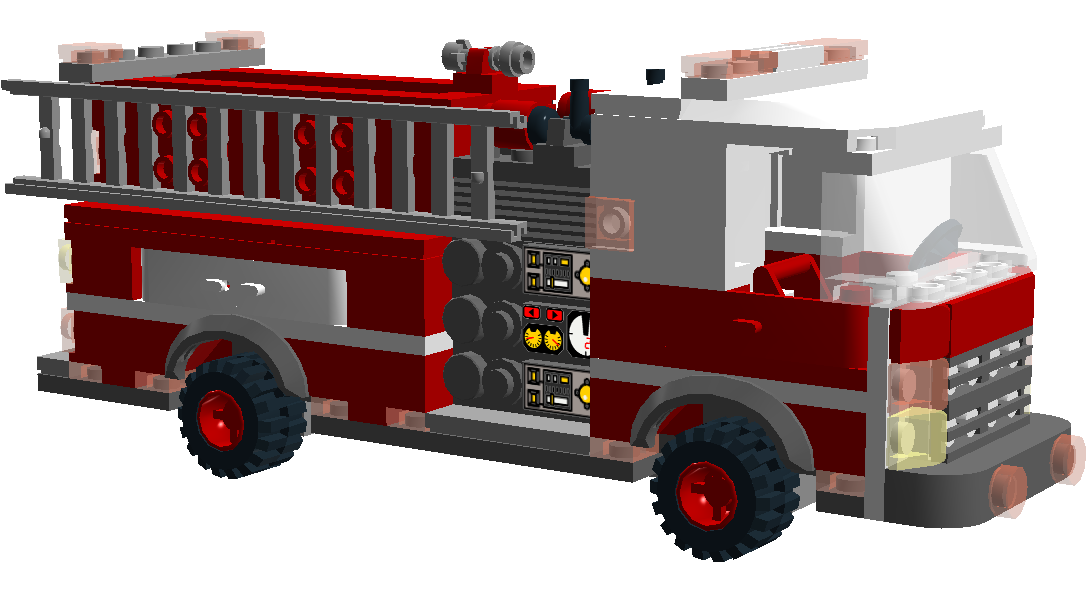 Passenger-side view, showing the ladder and the compartment below it. 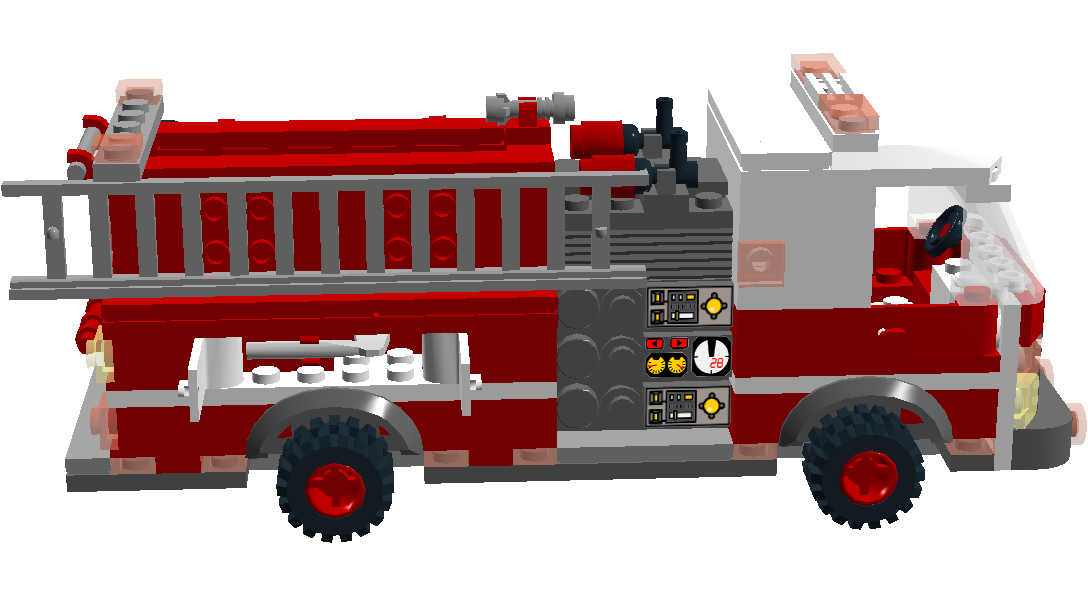 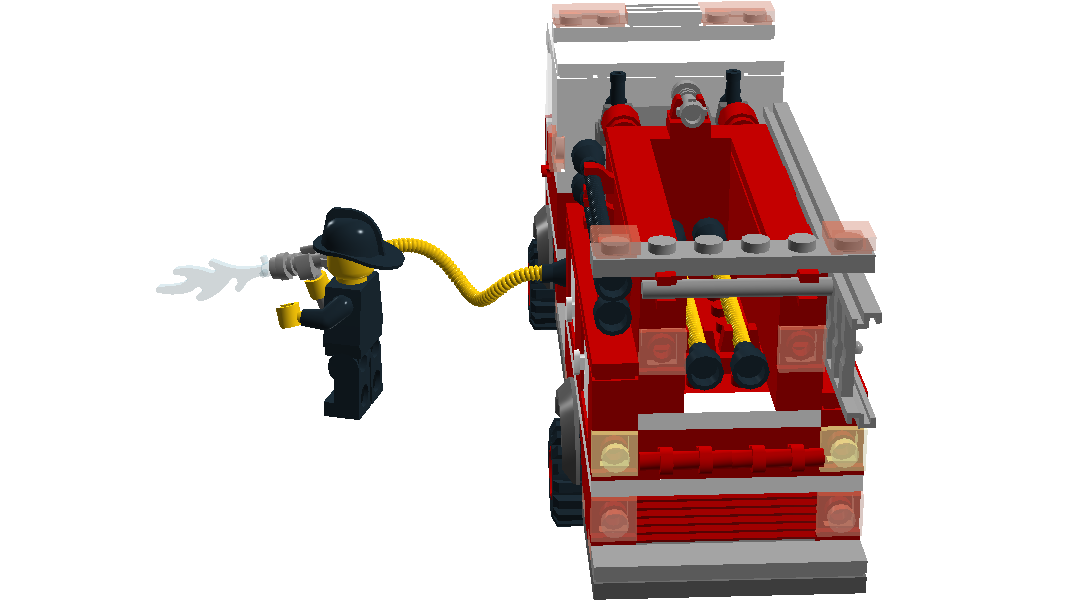 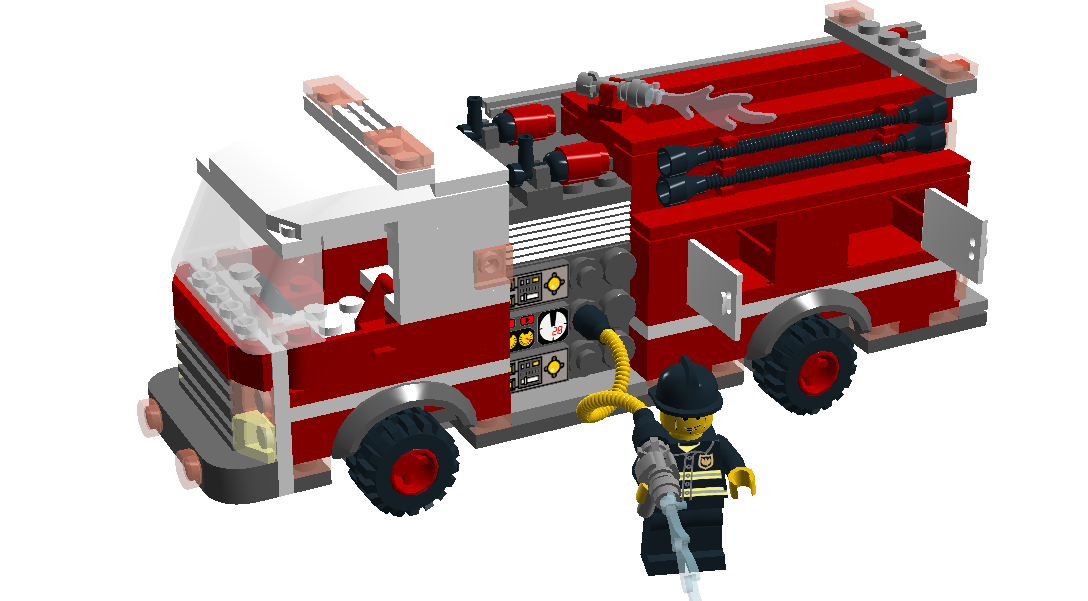 Driver-side view, showing open compartment doors and hose storage above. Also showing are the fire extinguishers at the top of the pump controls, and rotated deluge pump at the top mid-section with water shooting out (to demonstrate functionality).