By Panikos
0 comments
This is a nice small attacking airship with many cannons/weapons and flick missiles. Most of the weapons and the flick missiles can turn around in many different positions. This gives different attacking positions make play-ability more exciting and joyful for the user. Also, at the back there are 4 main engines and 3 small at the bottom(all of them are shown in pictures below). Additionally, it has space for a minifigure in the cockpit, which can be removed from the rest of the aircraft. Concluding, I believe this can become a set for a theme or even alone, as it can be combined with many themes and can be added to any lego army! Kids will certainly love it! 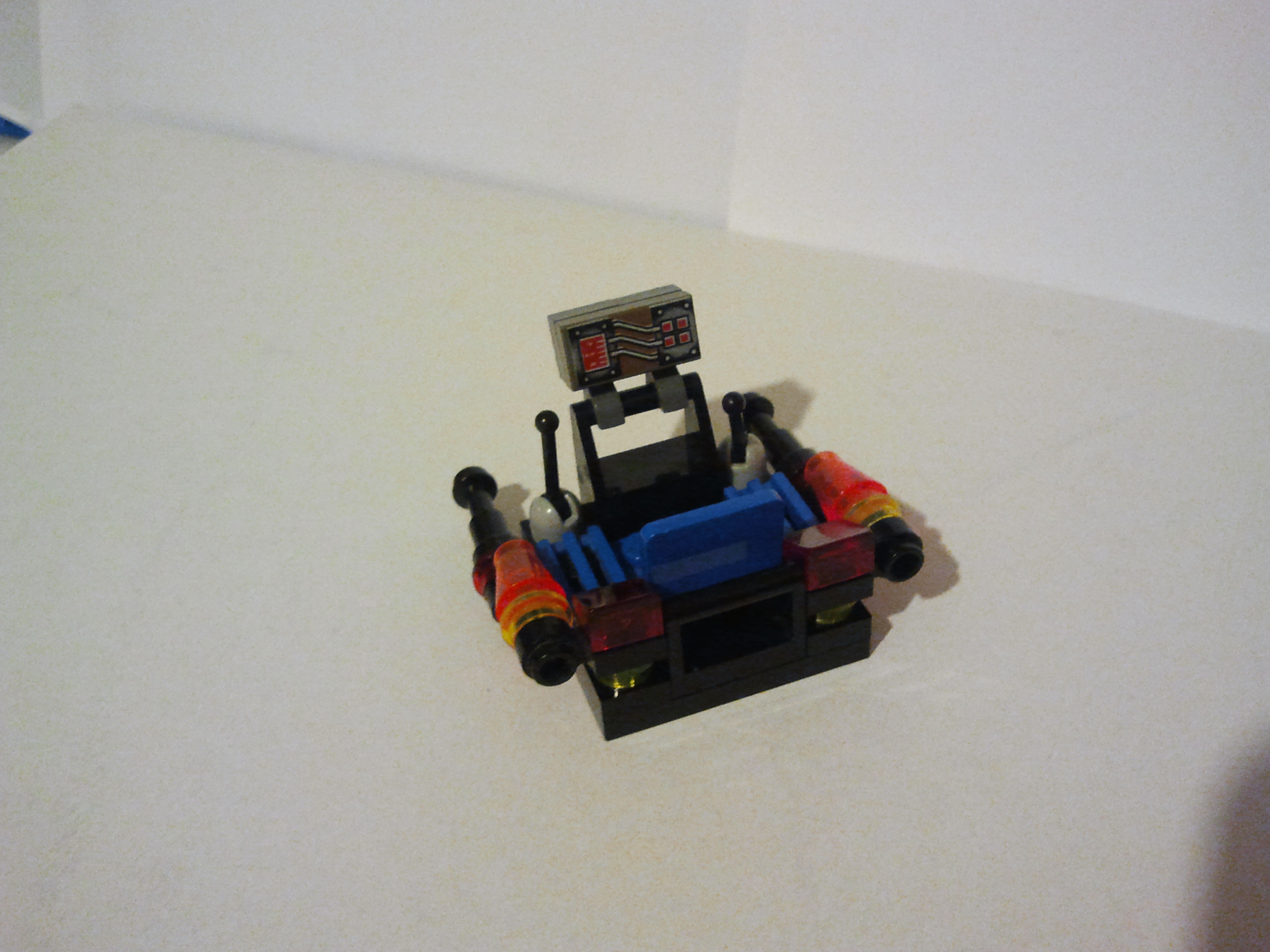 This is one of my favourites feature of F.L.F.A. The cockpit can be separated from the rest of the set, as mentioned above, which has weapons on it, too! 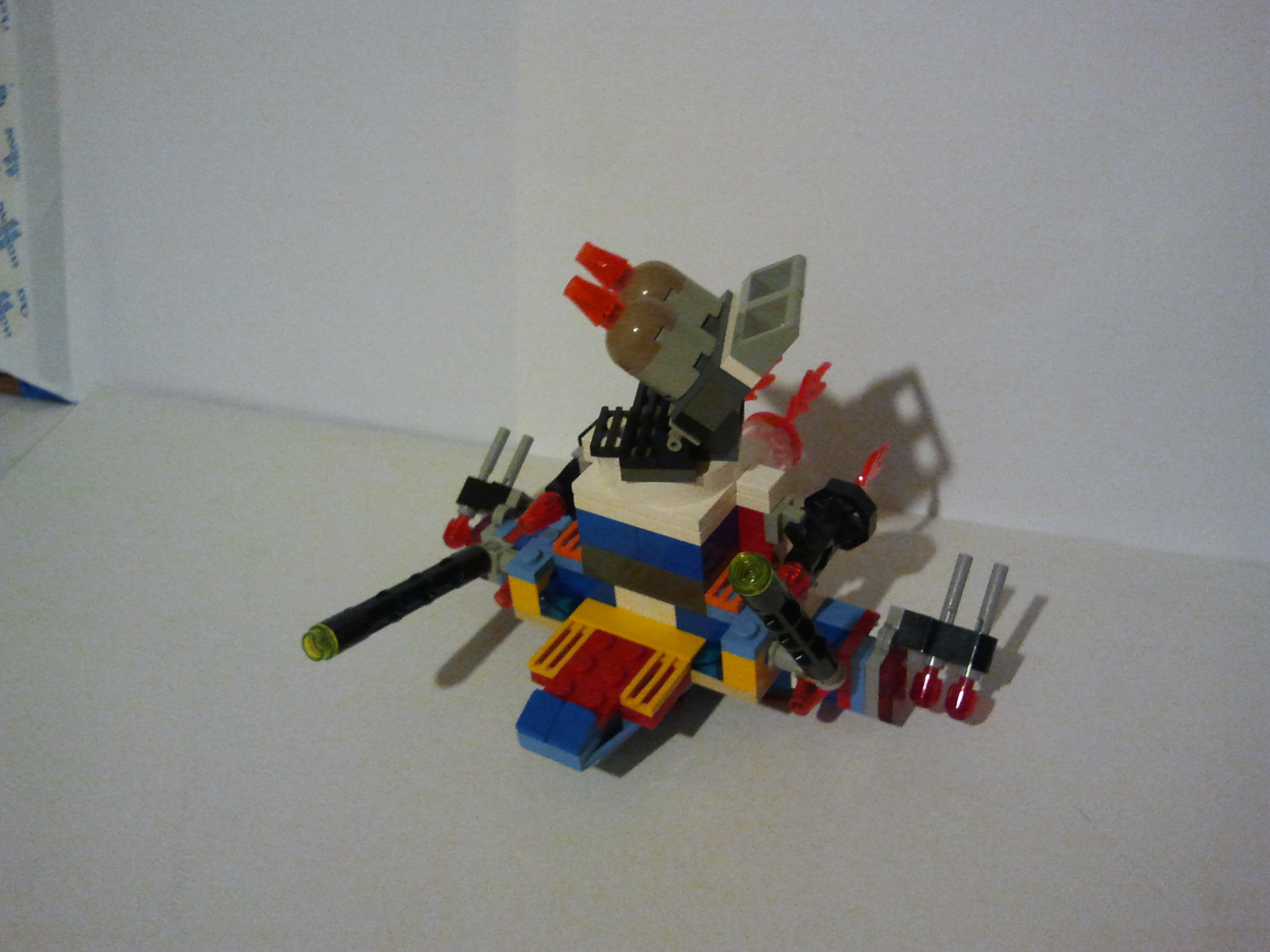 This is how it looks without the cockpit. Also, here the weapons are in a different positions. Flick missiles can turn 270° from their original position, the front long cannons move up and down and the main cannon on top can rotate 360° and move up and down.

Here is a back view of the set, where the 4 main engines are positioned. 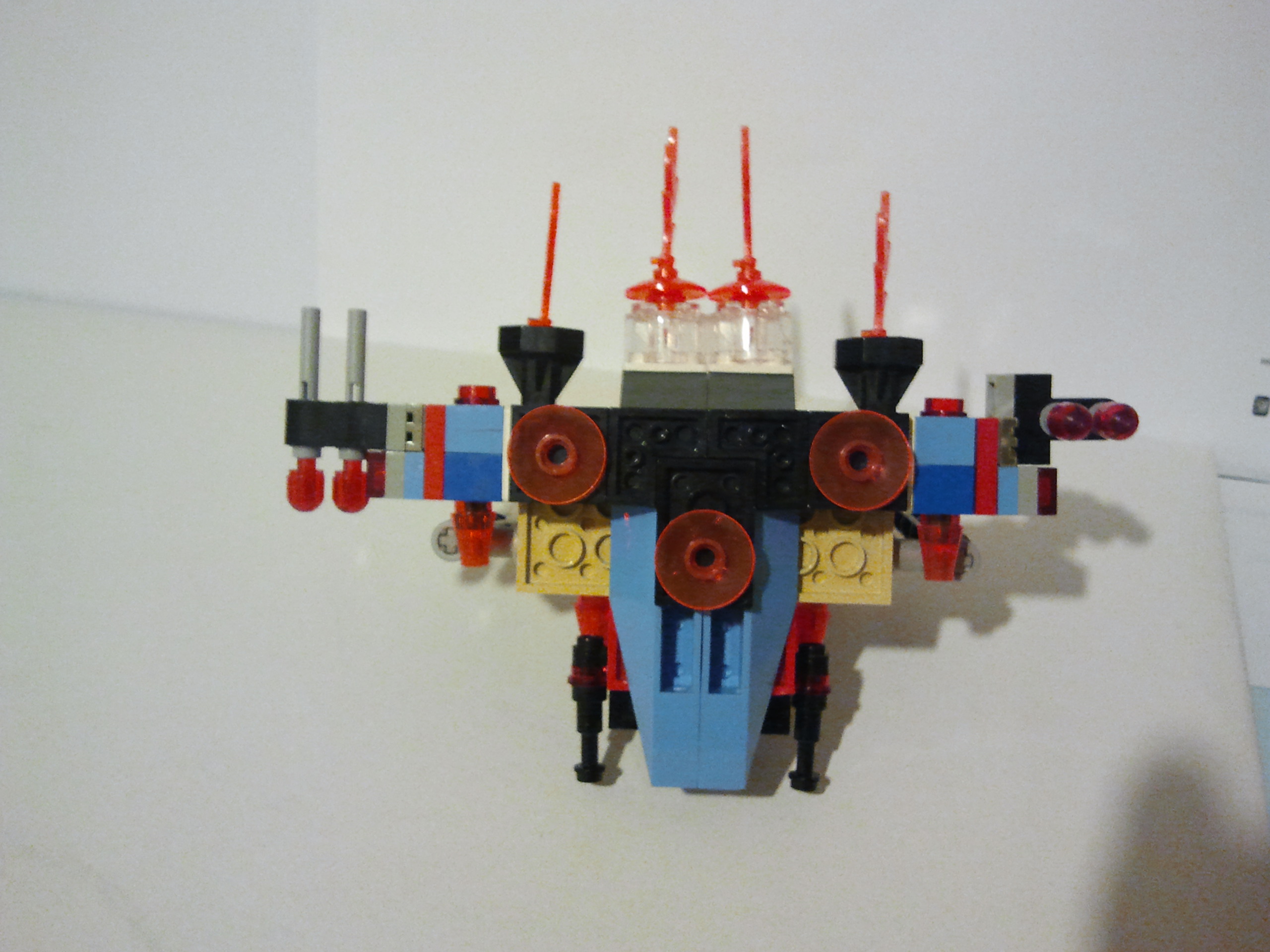 This is how it looks at the bottom, where the 3 small engines are located.