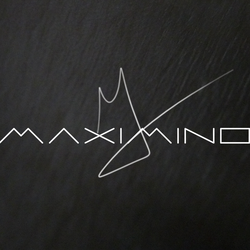 The first set in the modular building series, the 10182 Café Corner, started a new line for fans some years ago, in 2007. Since then, more buildings have been added, including a feature which was not available in the first set: detailed interior.
The absence of furniture in the Café Corner doesn't affect the overall look of the building next to the other modulars; but the lack of interior can be easily noted through the windows, and the green baseplate looks strange inside the Café.
My idea is a product that serves as interior for the 10182, and works as an independent set by itself.
The set would consist of three different modules, one for floor.
As you can see, the added extra walls respect the internal colour scheme that has the 10182. 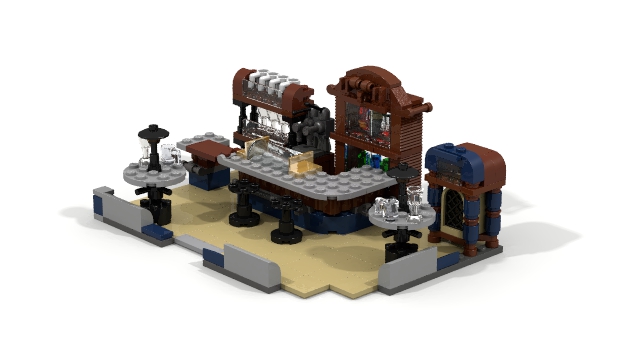 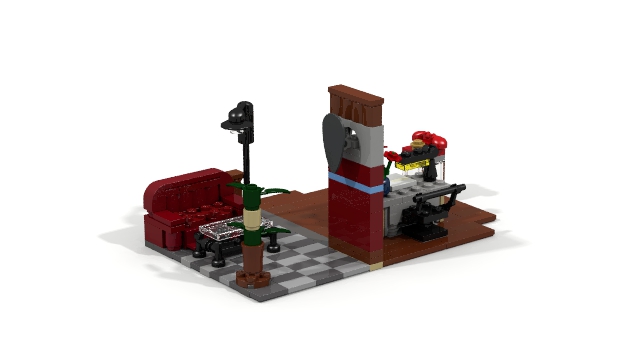 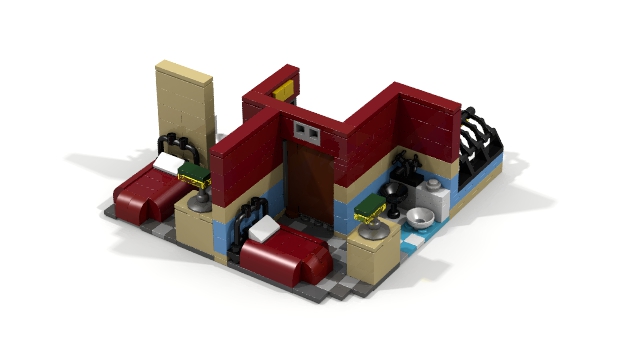 
Cross section of the modular building:
Side 1
Side 2

If you are interested on more interior furniture sets, don't forget to check my interior for 10190 Market Street.