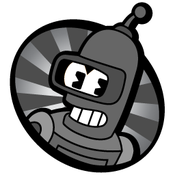 Trains have always being one of the most successful series in the LEGO history. From kids to adults, everyone loves the magical halo that surrounds this mode of transportation that has inspired so many stories.

For many, trains are a classic, almost ancient concept. But not for everyone.

Enter Elon Musk. In 2013, he unveiled a refreshed version of an old idea: to use vacuum tubes to transport people and freight in pods at very high speeds. Since then, several companies are trying to achieve this impressive engineering challenge: the Hyperloop.

After following closely the development of this competition, and being a fan of LEGO since I was a kid,  I cannot think on a better way of bringing together the classic and the modern LEGO, the kids and the adults,  the ones who love classic sets and those who dream of living an exotic sci-fi space adventure, than building this Hyperloop set.

The set is composed of 1182 pieces and features a Hyperloop pod and a Hyperloop station. The pod is inspired in some of the Hyperloop early drafts. It can be opened to reveal the cabin, with 38 seats, overhead lockers where briefcases can be stored, the two main power batteries and a small maintenance and control room.
The station is composed of a main tunnel where the pod can slide and be stored, a platform with an access ramp and an arrivals/departures board.

Twelve minifig are also included, one "Elon Musk" minifig and a replica of all the original 4558 Metroliner set minifigs that I had as a kid and that I wanted to pay tribute to. It's a classic!