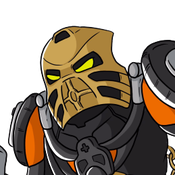 This set is based on a few ideas I had for a potential storyline in the Hidden Side world. it may be a little bit darker than the usual Lego theme story but inspiration struck and I had to act on it.

- a figure of Jack

- a figure of Parker

This set depicts the events at the start of the story I have written up.

Basically what happens is that: Officer Randall discovers an old car wreck of an old police cruiser. He gets attacked by the ghost of Bennet, who also possesses his body. Bennet uses his new regained strength to restore his car which now gained the ability to transform into a monster itself and drives off to Newbury to enact revenge upon the families and friends of the people that ended his life all those years ago.

I believe this would make a great Lego set because I loved the previous car models in the ideas line of sets. I also wanted to submit this model because I feel that Lego Hidden Side could see some more sets without the app integration and more focused on the art style and details of the story.

I shall try and update this submission as I gain more support. Keep in mind I am myself not a good artist and most of my “drawings” are more there for added context then to show what I would like the finalized product to look like.

thanks in advance for your support, and i'll hope i'll get to make many more submissions in the future.