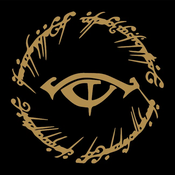 By Sauron the Maya
143 comments

Here is the work of a lifetime, and then some! Not mine, but still. The work of Joseph Nicéphore Niépce for the first photo, after that, the Lumière Brothers for the first camera, and of many others to improve this object. The cinema is a beautiful area, and is entitled to an additional LEGO representation. I chose this model because it is for me the most symbolic.
So, I built this LEGO in 3 parts, with 3000 (exactly) carefully selected pieces, for 105.8cm height, 55.5cm length, and 25.6 width (Photo n°5):
First Part: The Tripod
The vintage camera sits on 3 rotative legs (vertical axis). The rotation works with latches (in black - Photo n°3), which block the movement. Then, the central axis, fixed on the base, can also turn (vertical & horizontal axis). It works with a screwing system: by turning the wheel, a piece moves to press on the base. So, there are 2 wheels (one for each axis). The train in the camera
Third Part: The Camera
This last part is the camera itself, in the form of a box that can fixed on the base of the train. Finally, the lens can turn (horizontal axis), to change focal point. Lens' rotation
The Little Extra
A duplicate of the camera, at the scale of minifigures, is included in the set (Photos n°1 & 2). Little camera
These 3 parts combined form my LEGO set, which I find decorative, original, and interesting to build. I hope you like it. Thank you for your support!
If you want the photos with a better quality, follow this link.

By Sauron the Maya
143 comments