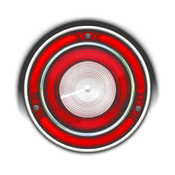 It's been a thrill watching this thing race to 10,000!  This car would have never gained traction without all those who spread the word to their friends, families, and others around the web, and for that I am extremely thankful and grateful!

Our work here is done, and now it's Lego's turn in the driver's seat.  What do you say, Lego?  The door's open and the keys are in the ignition: 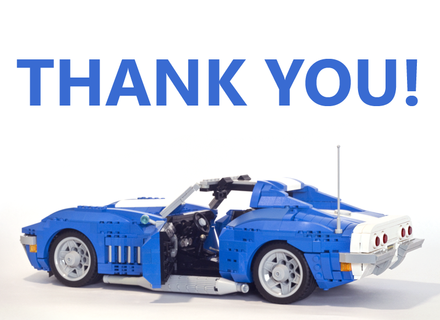 As Vegeta would say... 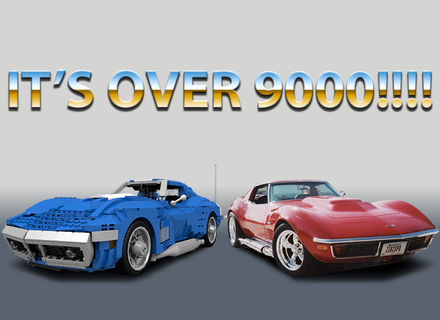 To everyone who has supported the project and helped spread the word, I cannot say this enough: thank you so much!

The folks at the FastLane blog did a year in review article that includes the Vette and contains a spoiler about my next model: https://fastlane.gm.com/2014/12/30/where-are-they-now/

At long last, the most requested feature has been added to the car: convertible mode!  I redesigned the entire roof/windshield of the car so that the model can now be displayed in three different modes: convertible, hard top, and t-top.  Thanks again for all the awesome comments and support! 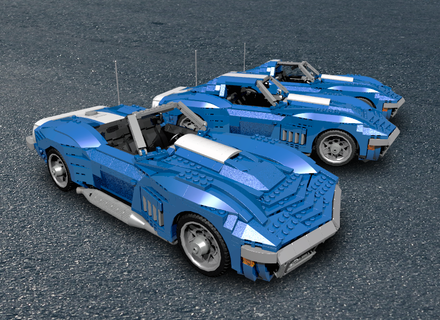 Thanks again to everyone who's been spreading the word!  I've been playing around with the model in LDD and wanted to show you guys what I've been up to.  A bunch of comments mentioned wanting to see the later C3 body styles, so I've gone back and made front/rear bumpers to cover the 1968-1982 model years: 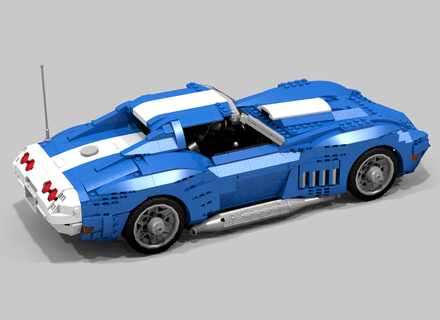 Also, I've been trying my hand at water-slip decals and I think the original owner's manual would be a cool accessory: 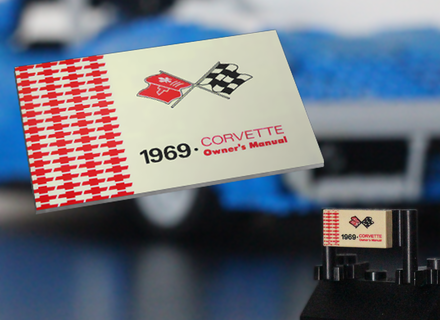 I really like the accessories that came with the VW and Mini builds, so if you have any more ideas for addons let me know in the comments!

We're getting the word out!

I want to say a huge thanks to the folks at the FastLane blog for the awesome article they wrote about the Corvette!  I knew this model would be popular among Lego fans but I'm overwhelmed by the amount of support coming in from Corvette enthusiasts in general! 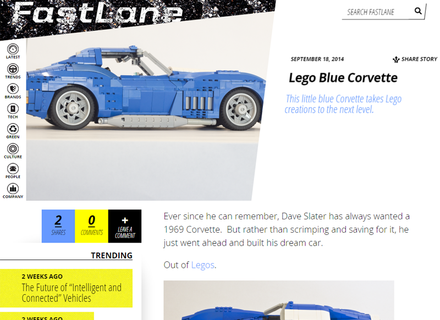 I also want to thank Lee King at Muted.com for featuring the model on the front page! 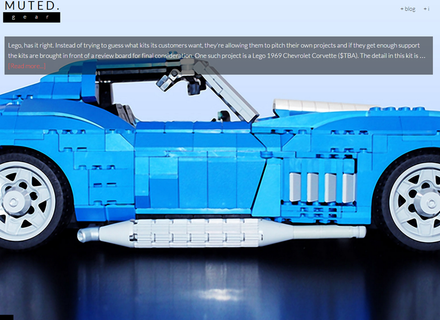 I appreciate all your support.  Let's keep it up!

I promised in the comments that I would provide more colors (especially green and another red), but I thought it important to explain the history of this blue car.  This particular model is based on a specific car: the 1969 Baldwin Motion Phase III SS-427 Corvette.  Baldwin Motion was a partnership between a Chevy dealership on Long Island and a performance shop in Brooklyn NY.  Baldwin Motion later produced green and red Phase III Corvettes, but the Le Mans blue model was their first.

The car was guaranteed to run the quarter-mile in 11.5 seconds, which at the time was no small feat for a car that included air conditioning.  It's taken this model a little over 2 weeks to reach the quarter mark, and I want to say a huge thanks to everyone that's supported so far! 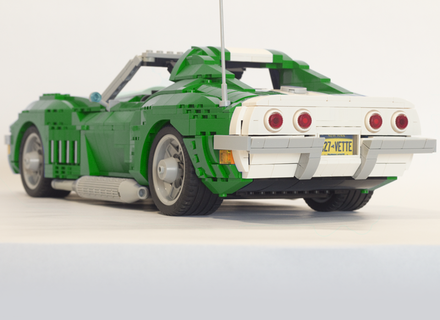 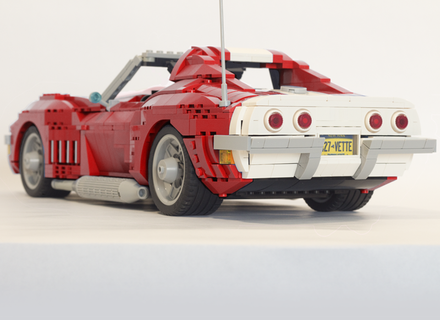 I was going to update at 1969 supporters, but you guys are too quick!

Huge thanks to everybody who's helped double our support in the last week!

Also, I've had a lot of requests for the parts count in the comments, so I tracked it down and it's 1500 on the nose, so it's similar in piece count to the VW Camper and Mini Cooper (it also sits nicely next to both).  Which do you think would win in a race? 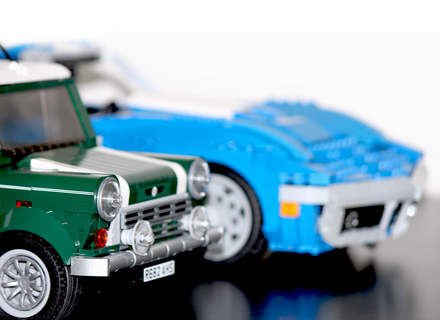 We've hit 1000+!  I don't have any new pictures for this update, but I do want to thank all the folks who've supported so far, and those that have helped drum up support!

Thanks to the Corvette Forum!
http://www.corvetteforum.com/articles/lego-corvette-build-beauty/

Thanks to the GM Authority!
http://gmauthority.com/blog/2014/09/we-wish-this-lego-1969-c3-corvette-was-around-when-we-were-kids/

And thanks to Corvette Online!
http://www.corvetteonline.com/news/fantastic-plastic-lego-fan-creates-perfect-c3/ 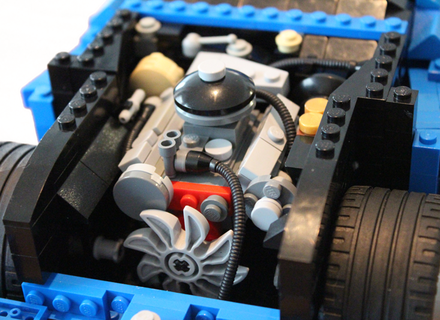 Big thanks to everyone who found their way here by way of Jalopnik! http://jalopnik.com/this-lego-corvette-is-way-better-than-what-you-think-1629681728/all

I'm overwhelmed by all your support, and heeding the advice of some of the comments, I flexed my Photoshop muscle to bring you all a clearer view of what the model might look like in red and black: 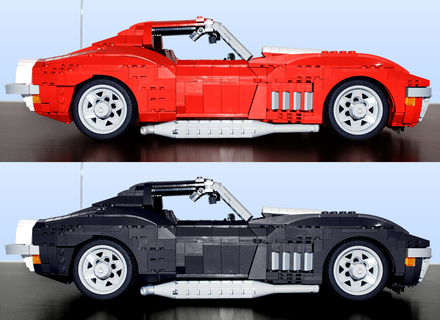